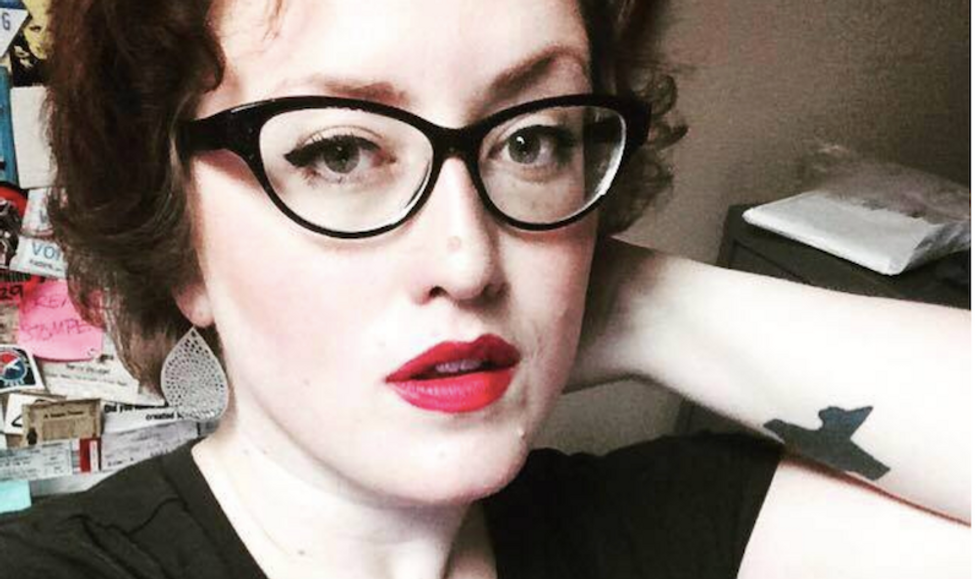 Kristen Walker Hatten was the face of a new strain of anti-abortion activist. With cat-eye glasses and a wrist tattoo, she led a group called "New Wave Feminists" that billed itself as a "badass" group of women with nose rings who wanted to take away other women's right to choose what to do with their body.

Hattan's group was featured in Vice and she has been a guest columnist for the Dallas Morning News where she described a decision protecting abortion rights as "misogyny in action."

Turns out, she is now also a white nationalist. Hatten's gravitation toward ethnocentrism was discovered by the Huffington Post.

Hatten had opposed Trump, who she described as "creepy, gross and tacky” but after his election she says she was moved to support him—and push to make America a nation for white people.

“I do see that Europe and the US are becoming... well, not European,” she wrote. “This concerns me not because I hate anyone, but for the same reason Japan would be concerned if the Japanese were becoming a minority in Japan. No people should be excited to become a minority in their homeland. It is contrary to human nature. I wouldn’t expect it of any race and I don’t think it should be expected of whites.”

Hatten’s husband who is now deployed overseas threatened anyone who criticized his white nationalist wife.

“I might be in Africa now,” he wrote, “but I’ll come home soon enough and pull your fucking heart out of your broken rib cage and eat it.”