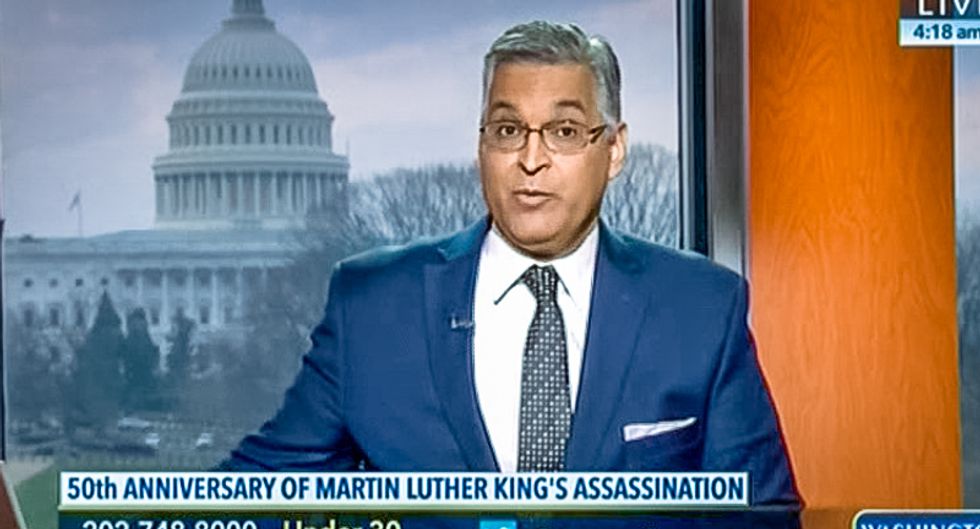 C-SPAN host Pedro Echevarria on Monday hung up on a caller who alleged that comedienne Michelle Wolf was "ignorant" because she talked about tampons at the White House Correspondents' Dinner on Saturday.

During her controversial comedy routine at the annual dinner, Wolf joked that White House adviser Ivanka Trump is “as helpful to women as an empty box of tampons.”

On Monday, a man from Pennsylvania named Howard calling in on C-SPAN's Republican line lashed out at Wolf.

"I think she's ignorant," Howard said of Wolf. "And I don't think that C-SPAN should carry that kind of stuff."

"As far as what she said, what makes her ignorant in your mind?" Echevarria wondered.

"Well, the tampons and all this and that," Howard replied. "You claim to be a family program. Now, I watch a lot of C-SPAN every morning. I watched back during the inauguration, you had the two white entertainers and how they cussed. And you had a black man up on the soap box, how he cussed."

"Caller, just to let you know, regardless of Correspondents' Dinner, regardless of Inauguration, we air these things in total," Echevarria explained. "That's part of our mission."

"Well, you just said it and I didn't cut you off," Echevarria said as he hung up on the caller.