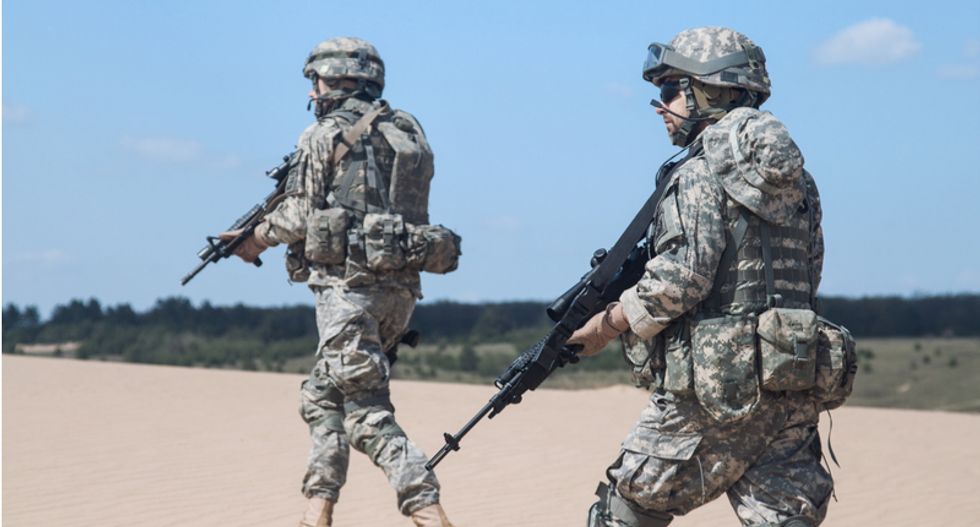 U.S. officials announced Monday, that California is now refusing to send their troops as a resource because the work is too closely aligned with immigration enforcement according to the Associated Press.

Troops would have been a useful resource to perform work such as operating remotely-controlled surveillance cameras, documenting  suspicious activity, repairing vehicles, and a host of administrative tasks.

Despite his initial eagerness, California Gov. Jerry Brown pulled back on his support, and said he would not send California troops to work alongside immigration enforcement. Brown, instead wants to focus on criminal gangs and drug and firearms smugglers. The other border state governors in Arizona, New Mexico and Texas, are all on board with Trump's plan.

Lt. Col. Thomas Keegan, a California National Guard spokesman, said the state has not received a formal response from the administration about their position. Spokesman for the governor, Evan Westrup, did not respond to questions about California’s rejection to assist with guard duties.

According to the Associated Press, the state position angered federal officials because it puts a halt in their plans. California was also unclear about what tasks they would or would not do.