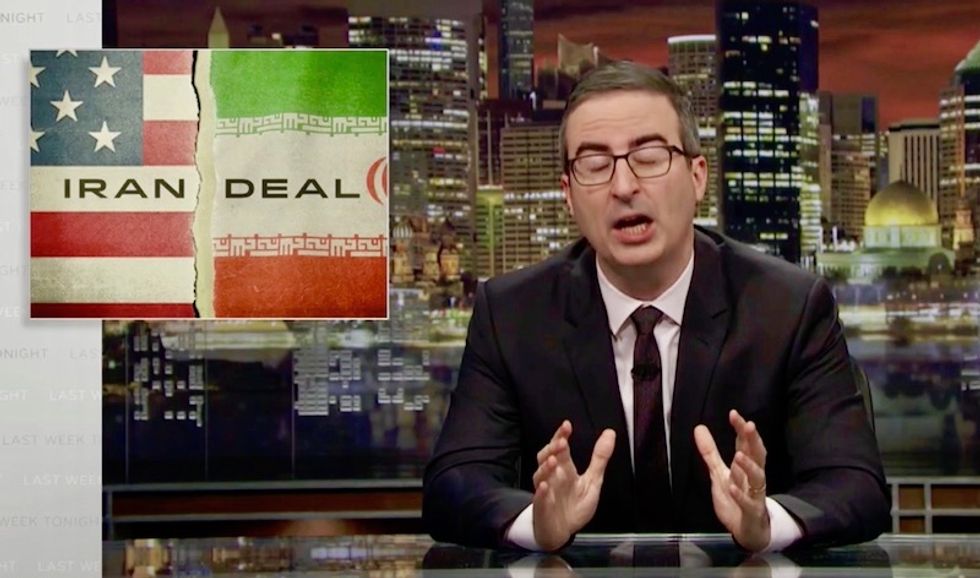 John Oliver on Donald Trump's problems with the Iran deal/Screenshot

The Iran nuclear deal negotiated under President Obama is popular with Europe, Iranian moderates and anyone who doesn't favor nuclear proliferation.

But it's loathed by President Trump, who thinks the United States can somehow do better. France's president will be visiting Trump this week, hoping to talk him out of doing damage to the deal.

John Oliver dedicated the long segment of his Sunday night show to arguing in favor of the deal, which put very strict rules on Iran, and which Trump does not appear to fully understand.

"What did we get? The answer is quite a lot," Oliver said. "Trying to make a bomb at under 4 percent enrichment is like trying to get drunk off a single can of PBR. You can't. It cannot be done. It's f*cking impossible."

Oliver also explained how scary it is to now have new national security adviser Bolton's involved given that Bolton has called for "immediate regime change" in Iran.

Watch the first part of the segment below.