'I can't breathe': Former NFL player completely unconscious after being slammed to the ground by police 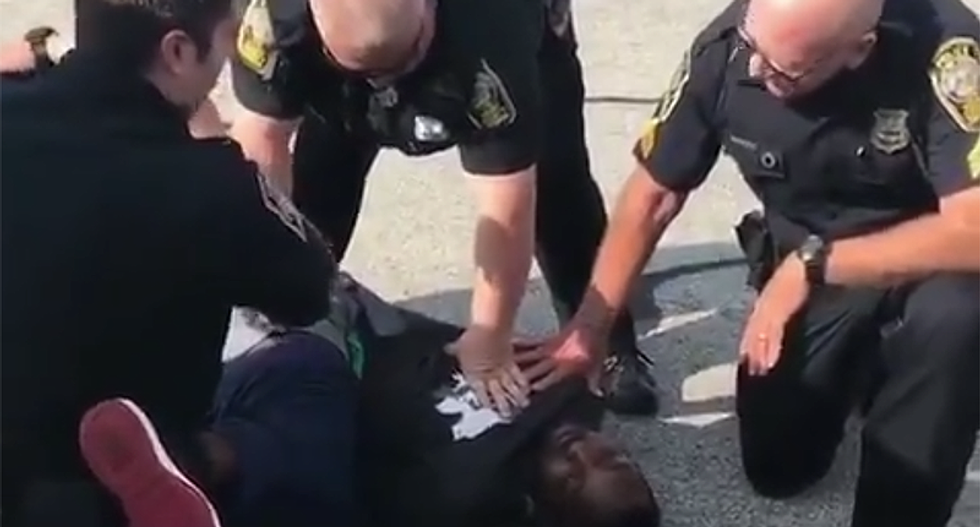 While shouting "I'm not even doing nothing! I'm not even fighting back!" former NFL defensive back Desmond Marrow was grabbed by police and slammed to the ground.

According to 11Alive news, however, Marrow appeared to go limp after being pinned to the ground by three white Henry County Police officers.

Marrow was warned he was going to get tased, handcuffed first then pressed against a white truck. One officer lifted his right leg and Marrow was then thrown to the ground.

Off camera, a person can be heard saying that the incident is "unbelievable."

An officer was seen leaning near Marrow's head with his hands around the handcuffed man's throat.

"I can't breathe," Marrow can be heard saying. The plea for help a haunting reminder of the chokehold from New York Police that killed Eric Garner.

In a Facebook post, Marrow explained that officers tried to say that he had a gun in his pocket, however, it was only a cell phone. He said that the police "knocked my teeth out, slammed me on my head and choked me out until I was unconscious. In addition I suffered a shoulder strain and a concussion."

In a separate interview, Marrow revealed how terrifying the incident was.

"I was fully cooperating with the officers with ZERO resistance. I thought I was going to die. I was sure I was passing out or dying."

No videos show what occurred that led to the incident. It is unclear if there is any body cam video.