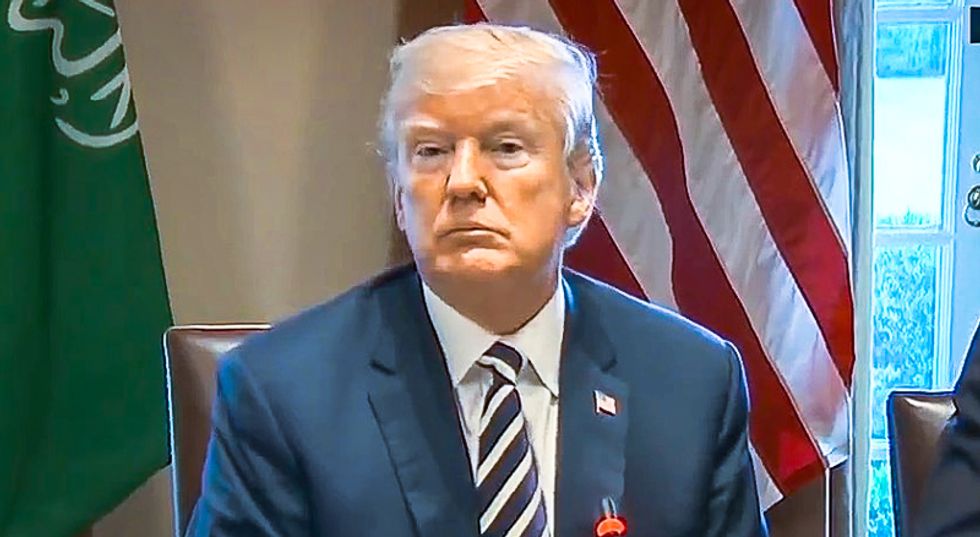 President Donald Trump on Tuesday revealed that he would send troops to the U.S. border and said that a so-called "caravan" of migrants made him "very sad."

During remarks from the Cabinet Room, Trump spoke about his plan to secure the border in lieu of a sprawling border wall.

"We are going to be guarding our border with our military. That's a big step," he told reporters before accusing President Barack Obama making "changes that basically created no border."

According to Trump, Mexico broke up a "caravan" of migrants who were heading to the United States because he told them too.

"The caravan makes me very sad," he said.

“Probably nobody's been tougher to Russia than Donald Trump," he insisted. "If we got along with Russia, that would be a good thing not a bad thing... "And just about everybody agrees with that, except very stupid people."

Trump: "Until we can have a wall and proper security, we'll be guarding our border with the military."