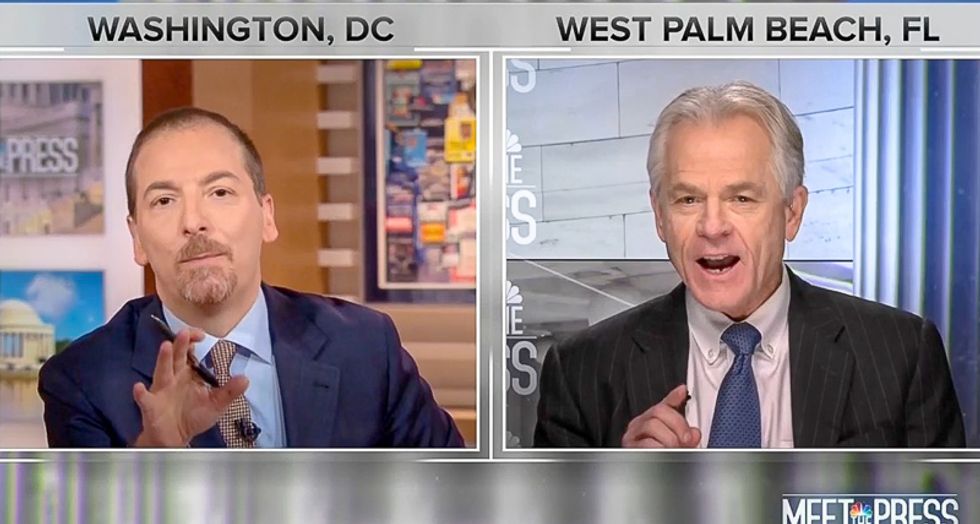 During an interview on Meet the Press, Todd asked Navarro about a Washington Post report which suggests that Chief of Staff John Kelly's role in the White House has been diminished.

Navarro called Kelly a "great man" who "has the president's ear."

"That's all I know, that's all I see," the trade adviser opined. "And when you read stuff in The Washington Post, frankly, that's fake news most of the time."

"I think that expression is a pretty unfair thing to say about a major news organization," Todd replied. "That's a cheap shot."

"Mr. Todd, that is not a cheap shot," Navarro fired back. "Because if you look at the newspapers that I read every day across the spectrum, The Washington Post, in my judgement, tends to attack the president more than any other newspaper in its news stories."

"You can do anything you want in your editorials, sir, but you cannot do that in your news stories," he added.

Todd cut him off: "The term 'fake news' is not exactly a way to hold up the First Amendment, especially when the Russian government, just this morning, is using that phrase."

Schools in US state offering $1,000 bonus to vaccinated staff

Schools in a county in the southeastern US state of Georgia will pay $1,000 bonuses to staff who are vaccinated against Covid-19 in a bid to protect themselves from the resurgent pandemic, authorities said.

With that incentive county officials said they hope to avoid the "numerous disruptions that were encountered in public education over the past two school years due to a global pandemic."