CNN Money editor: Markets are terrified Trump is trying to show China that 'mine is bigger than yours' 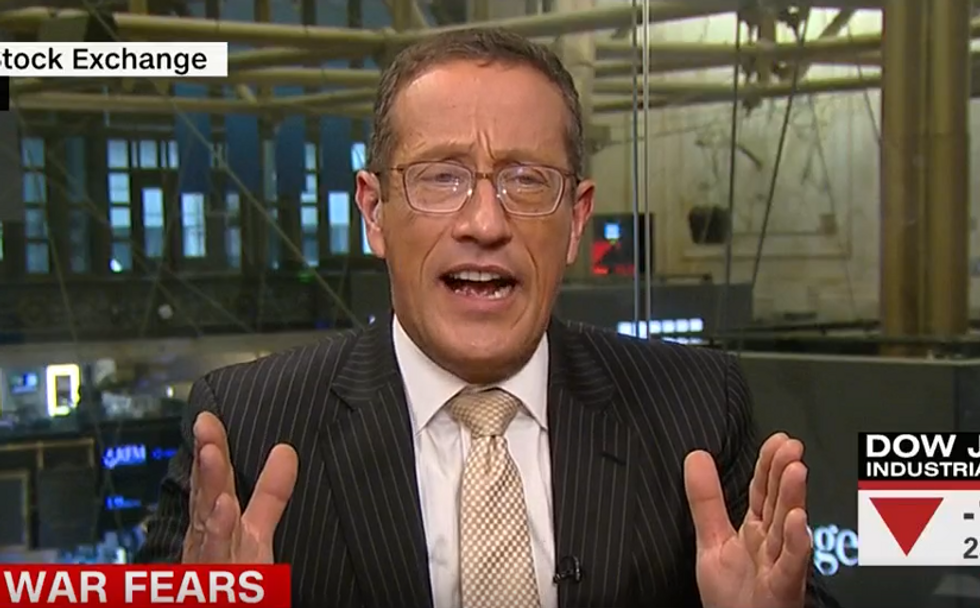 With the stock market sinking on Wednesday over a trade war between the United States and China, CNN Money editor Richard Quest suggested that markets were fearful that President Donald Trump would try to push China too far simply to prove his manhood.

During an interview with host Wolf Blitzer, Quest acknowledged that Trump could simply be trying to rattle China a bit as a negotiating tactic -- but he said that such a tactic so far has led to lost value for companies that do significant business in China, such as Boeing, Caterpillar and Microsoft.

"Every company that has pinned its future growth strategy on China is down!" Quest noted. "And for good measure, General Motors today... puts out a statement reminding the administration of the significance of coming to a deal and the importance of china to the company."

Quest then got down to the real question -- would Trump calm down and reach some kind truce with China, or would he burn down the markets in a failed attempt to show his "Alpha" primacy?

"If it's a negotiating strategy, then one assumes cooler heads will prevail and there will be no tariffs," Quest said. "But if this is, 'Mine is bigger than yours and I'm going to push this as far as I can,' then you're looking at a really serious situation here. And we don't know."