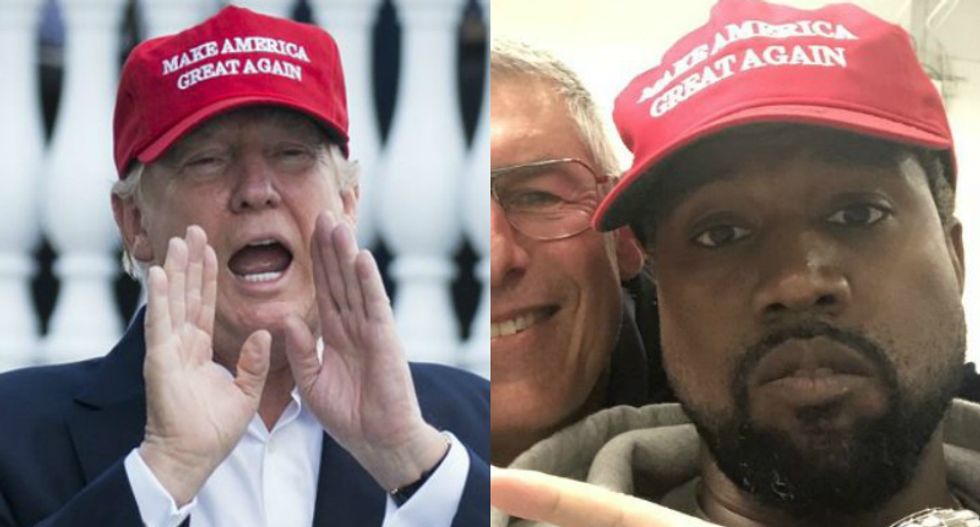 According to Rep. Hakeem Jeffries (D-NY), the recent flirtation between Kanye West and President Donald Trump is nothing more than a publicity stunt by the rapper hoping to create controversy to sell a new release he has coming out.

Along the way, the CNNpanel mocked the reality star/rapper bromance.

Sitting in on CNN's closing State of the Union panel with host Jake Tapper, Jeffries all but rolled his eyes after listening to track where West and fellow rapper T.I. challenged each over Trump.

"Where do you come down on this debate?" Tapper asked.

"We believe in the 1st Amendment, that was a great celebration last night," Jeffries said in reference to the White House Correspondents' Dinner late Saturday. "He's entitled to his own opinion. But the Republicans have increasingly become the party of [Steve] Bannon, [Roy]Moore, Trump, Diamond and Silk -- it's a 5-ring circus and Kanye West clearly wants to get in on the act."

CNN conservative Amanda Carpenter disagreed, saying, "It's refreshing. I think the point is it's that nobody likes to be told what to think or do."

"Kanye is more about the power of celebrity," She added, to which Jeffries shot back, "That is exactly the point."

"My kids are probably going to roll their eyes," she confessed. "But who cares what Kanye West supports? Clearly the president cares. I think he is very excited he has a celebrity endorsing him other than Scott Baio."