CNN’s Alisyn Camerota says Trump played himself on Twitter: ‘We had no Stormy Daniels in our show' until now 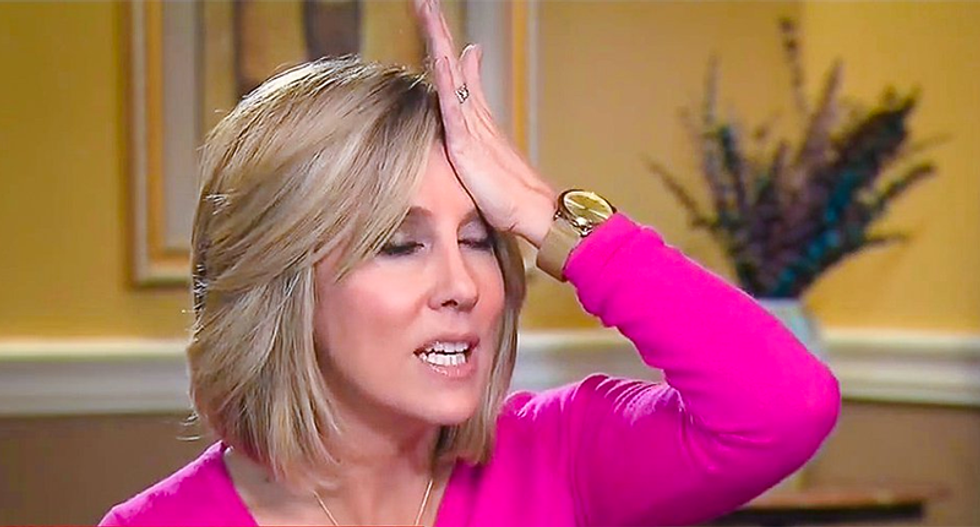 CNN didn’t intend to talk about Stormy Daniels in their Wednesday “New Day” show -- but because President Donald Trump tweeted about it, it became part of the conversation.

Trump retweeted one of his fans who has been convicted of fraud and boasts a friendship with his longtime bodyguard Keith Schiller. That fan tweeted a photo of Daniels and a supposed ex-boyfriend against the composite sketch of a man Daniels said threatened her outside of a Las Vegas gym.

"A sketch years later about a nonexistent man. A total con job, playing the Fake News Media for Fools (but they know it)!" Trump commented.

"The whole thing is absurd," said Daily Beast editor John Avlon. "Let's not lose sight of that fact. The president can't know either way. I guess he can know if he had a hand in it in some way. We are all just rolling around in the gutter here."

CNN co-host Chris Cuomo referred to the retweet, noting that Trump is trying to placate in his response.

"Look at what narrative of what base he is playing to," he continued. "This is an obvious play. The problem for the president, you can't claim to be victim of negative news when you create the problem."

"We had no Stormy Daniels in our show until now," host Alisyn Camerota confessed.

Cuoom agreed, saying that there are many stories in the news today that Trump could have tweeted about or promoted.

"By the way, he just took that picture, that sketch and said, 'Hey, 52 million people who follow me, take a look," Political commentator Chris Cilizza noted.

"There it is," Cuomo agreed.