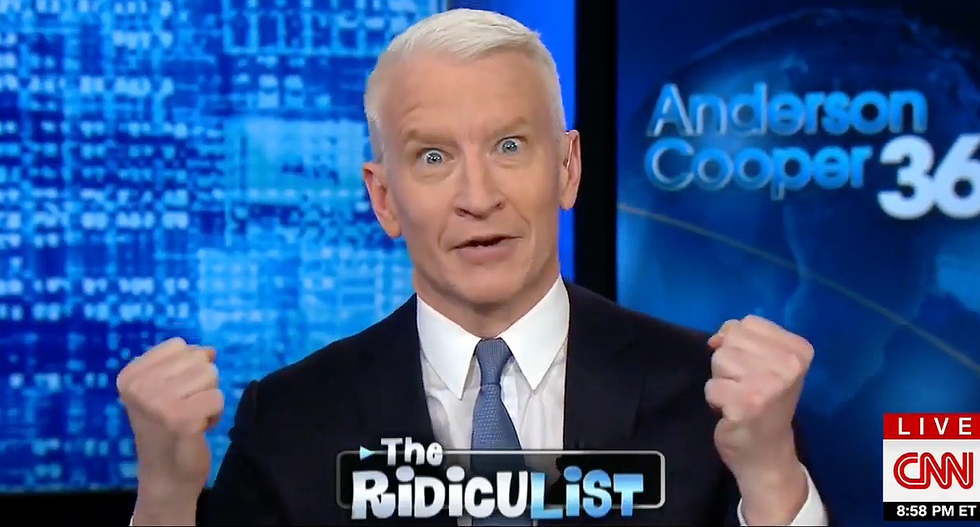 "How do you ever interpret statements made by Donald Trump?" Harvard law professor and sometimes presidential legal ally Alan Dershowitz told the host and former diplomat and pundit Norm Eisen. "He made a vague, general statement intended to convey different points to different people."

Cooper agreed with the Trump confidante's analysis — but not in a positive manner.

"Professor Dershowitz, don't you think that it's kind of surreal that we are in a place now as a county where we're like 'Oh, don't listen to the president!' like he's a crazy person on a park bench with an onion tied to his belt, just mumbling incoherently," the host mused. "You're saying, essentially, don't listen to him, don't pay attention to the words that come out of his mouth because they have no meaning."

"It was like listening to the rantings of Richard Nixon on tapes," Cooper concluded. "Except this is on live television."