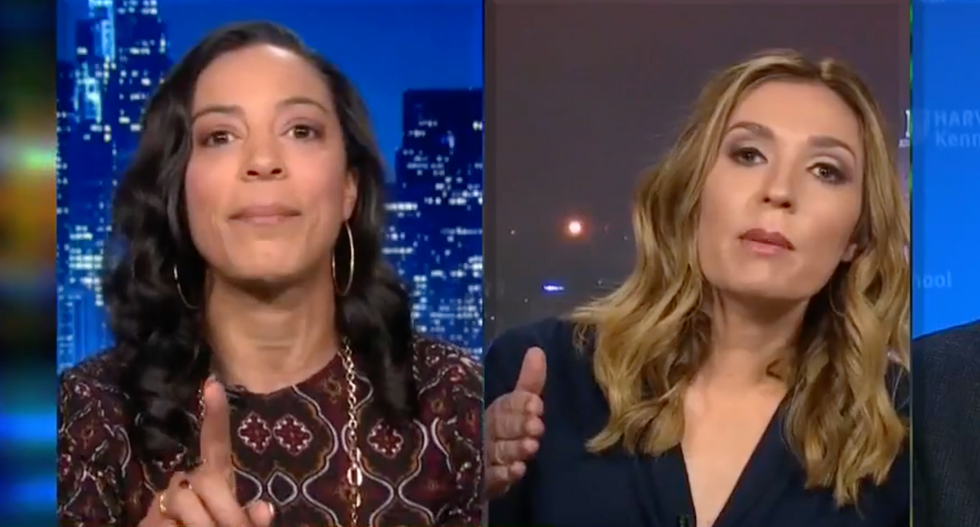 Reporting on Trump’s use of the word “breeding” in a tweet about immigrants last week, Don Lemon explained that people are having “a hard time buying” the White House’s spin on the president’s remarks.

“One reason people may have a hard time buying it is because it's the latest in a number of comments which seem to set a pattern here,” Lemon said before taking viewers “down the memory hole” to Trump attacks on Barack Obama’s citizenship and insults against protesting NFL players.

“If you’re waiting for an apology [for birtherism], I hope you haven’t been holding your breath,” Lemon said.

“He keeps saying things that are just blatantly racist,” the host continued. “People keep explaining it away.”

Lemon noted Trump “says or tweets something that's racist and then [Sarah Huckabee] Sanders stands at the podium and she tries to spin it.”

“Is this normalizing racism?” Lemon asked his panel, including Rye and Carpenter.

“You have to at some point say Donald Trump is the Republican party's Frankenstein,” Rye said and Carpenter protested. “They have to own this. Amanda, you can roll your eyes but I but I am—“

“I am, I don't need your permission to do that, okay?” Rye asked. “Here is the bottom line—“

“Here we go,” Carpenter jumped in.

“Yes, we are just getting started, honey,” Rye replied before laying out Republican leaders’ complacency in the Trump administration.

Carpenter argued “what is so frustrating” is that people on the left “will do anything they can to lump any Republican, marry them to Trump.” Pointing to Speaker of the House Paul Ryan (R-WI), Carpenter complained “good people are just leaving.”

“You want them to stay and fight you will berate people like Paul Ryan because they didn't fight hard enough,” she said. “… You say every Republican is a racist. That's what it always gets back to. I take responsibility for what my party did to create Trump but when are liberals going to do that?”

“What’s the question—liberals going to do what?” Rye asked.

“What Republican is acceptable to you?” Carpenter said before launching into a defense of her own posture towards Trump.

“What's so interesting is there's a very country saying in the south saying a hit dog will holler,” Rye said before explained, “I’m not coming after you.”