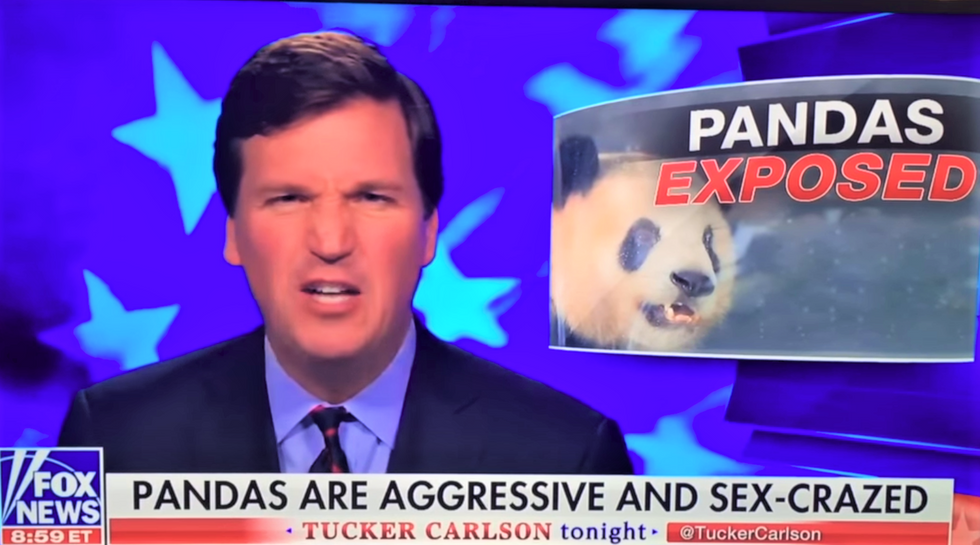 The biggest news story on Monday was the FBI raid on longtime Trump lawyer Michael Cohen -- except on Fox News, where the raid got scant mention even as its hosts found time to cover topics such as the sexual habits of pandas.

During his Monday evening show, Fox host Tucker Carlson did a segment called "Pandas Exposed" in which he said that "when they're in the wild, male pandas engage in a fierce sexual contest" in which "the winner has sex 40 times!" The chyron for the segment simply read, "Pandas are aggressive and sex-crazed."

Although Tapper didn't mention Carlson by name, his followers quickly understood exactly what he was trying to do with his sly panda reference.