Colbert mocks Trump's attacks on NYT's Haberman: 'The accurate reporting is coming from inside the White House!' 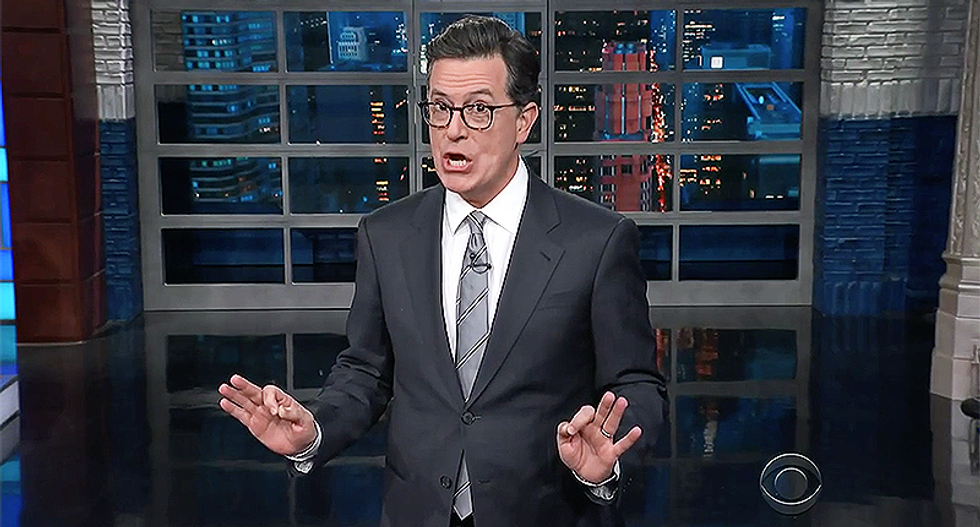 When reading President Donald Trump's weekend Twitter attacks on the New York Times' Maggie Haberman, The Late Show's Stephen Colbert pointed out that the president appears to once again be massaging the truth.

In his tweets, Trump said he doesn't speak and has nothing to do with Haberman.

"Hold on, have nothing to do with?" the host said. "Someone better call the Secret Service because here she is with Trump!"

He then displayed a photo of Haberman and Trump in the Oval Office. In the photo, the president is smiling, giving a thumbs up and putting his arm around the reporter.

If Trump never talks with Maggie Haberman, how did she manage to sneak into the Oval Office and get this picture wi… https://t.co/0UJ50iO3ZD
— Roland Scahill (@Roland Scahill) 1524320874.0

Watch below, via The Late Show.