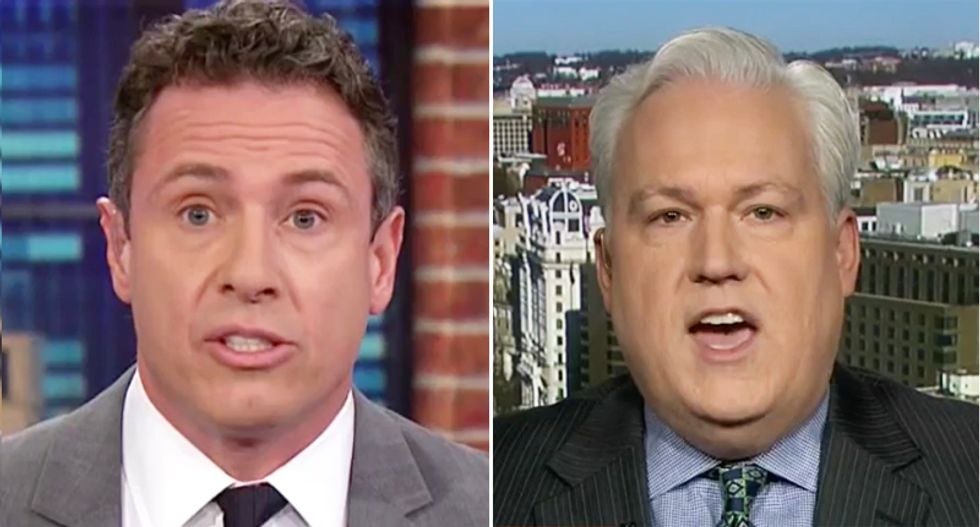 Conservative Matt Schlapp melted down on CNN Monday after host Chris Cuomo called out his massive hypocrisy for holding a White House press dinner comedian to a higher standard than the President of the United States.

In particular, Cuomo was incredulous that Schlapp was angry enough to walk out of the room during comedian Michelle Wolf's routine despite the fact that he still won't admit that President Donald Trump mocked a reporter's disability while on the campaign trail in 2016.

Schlapp said that he still didn't know whether Trump was really trying to make fun of someone's disability -- and he then whined that Cuomo was once again bringing it up since it happened two years ago.

"You're not as upset about what the President of the United States says on a regular basis -- and he's not joking!" Cuomo charged. "So if you're going to care about a comedian and be so offended by what jokes failed or didn't fail, then where is it there?"

Schlapp contended that he had, at times, mildly rebuked Trump for mocking a woman's appearance -- but host Alisyn Camerota nailed him for having a double standard on what he thinks is out of bounds.

"You're not walking out on the president," she said.

"You never say anything about the president like you say about this comedian!" Cuomo said.

"That's not true!" Schlapp complained. "I've been on your show, watch the tapes!"