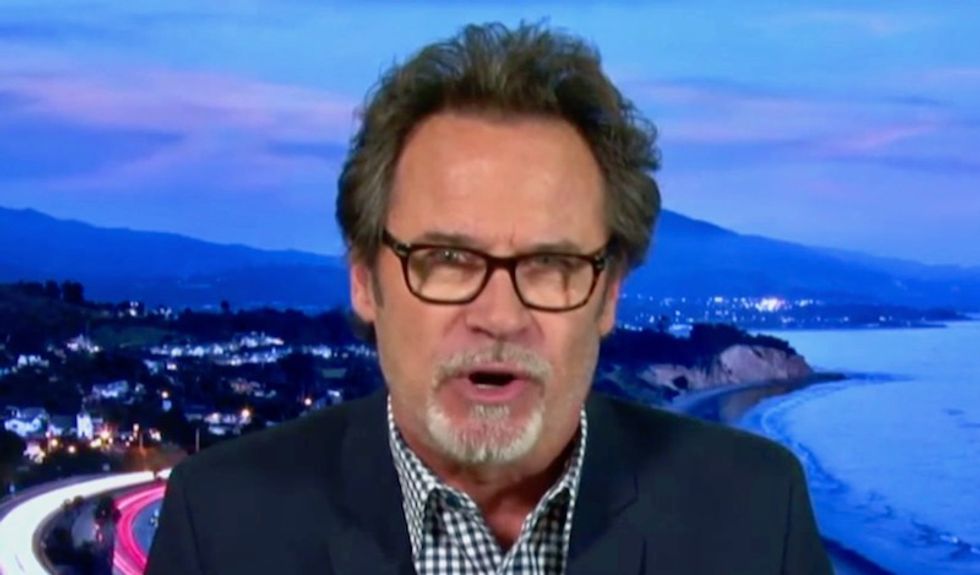 It's been basically accepted that once-beloved comedian Dennis Miller went through a serious personality change on 9/11, and that he's been a reactionary since.

Miller became so enraged by the attack on the World Trade Center that he literally could not talk.

"I couldn't put together a sentence for two weeks, much less something pithy," he once said.

When he did start talking again, Miller mostly spit venom about terrorists.

Which perhaps makes it unsurprising that Miller did not like Michelle Wolf's controversial, brilliant and hilarious White House Correspondents' Dinner performance.

"What a horrid human being Michelle Wolf is. I’m going to read up on her over the next couple of days and I will have a few brutally mean jokes about her by Wednesday," he tweeted early Sunday morning.

Miller is now trending on Twitter, as people post "brutally mean" jokes about him—with less than five days to do so.

Here are some of the best—plus a few Millennials wondering who this slow-working dude is.

Oof! She's gotta be shakin' with fear over these time-consuming, Dennis Miller-standard burns that will be coming s… https://t.co/a4w5dfemSP
— MKupperman (@MKupperman)1525025258.0

In the interview below, Miller admits that he is basically a shut-in and that he rarely leaves his home. So he should have some time to work.