'I didn't know she was like that': Tom Arnold says Roseanne and ABC should apologize for conspiracy theory tweets 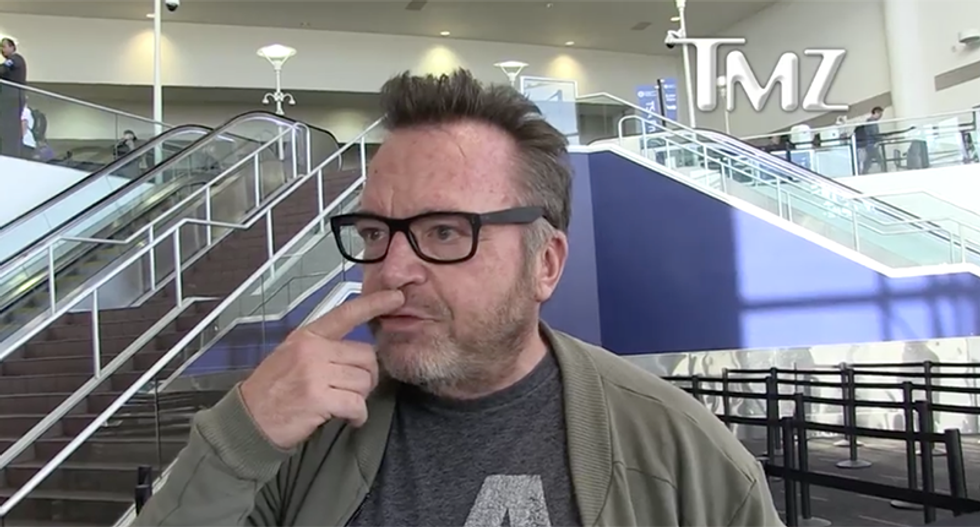 Actor and comedian Tom Arnold was quick to call on fellow comedian Roseanne Barr to apologize for her tweets and retweets of debunked conspiracy theories.

While at the Los Angeles airport Sunday, Arnold noted he has no idea how Roseanne still has a job, TMZ said. He encouraged ABC to, at the very least, apologize for her.

"I didn't know she was like that," said Arnold, who was married to Barr for four years.

When asked specifically about the "Hitler cookies," in which Roseanne dressed as the German mass murderer for the Jewish publication "Heeb," Arnold called it "insane."

"Anyone else would be fired," he said. "Roseanne buys into this insanity that, you know -- that's what's scary about people like Roseanne because she has this -- she has millions of people listening to her. She could be saying, 'Hillary Clinton is a murderer running a pedophile ring.' You know, that's the show, the Roseanne show, it is different than what it used to be. But her doing that is nonsense."

Arnold noted that he and Trump "had a thing" prior to Roseanne coming back on the air.