'How does any evangelical stay': Ex-Republican Congressman rails against Trump's morality on display in Comey memos 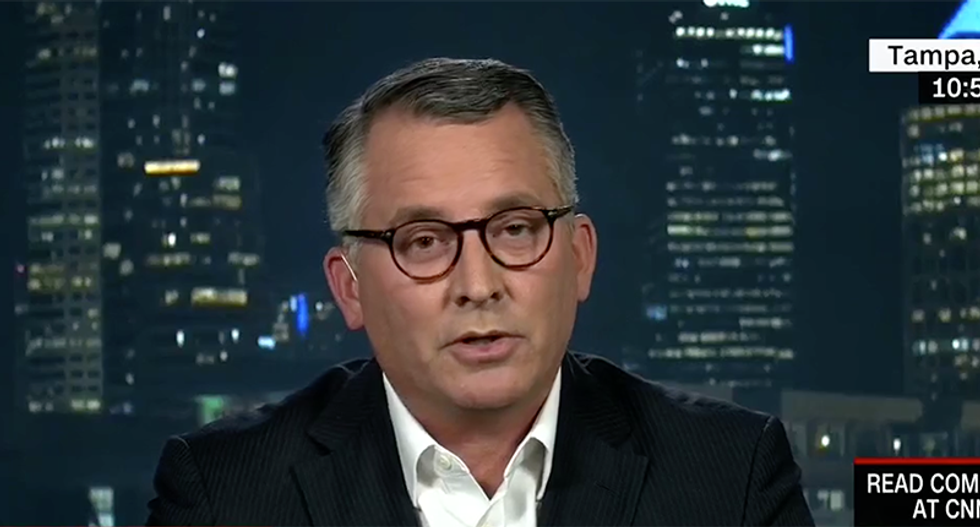 During a Thursday panel discussion with CNN's Don Lemon, former Republican Congressman David Jolly (R-FL) said that the takeaway from the release of the memos from former FBI director James Comey is the morality of the president should be more of a concern.

"I think the take away from this is the fact that Vladimir Putin told Donald Trump that they have beautiful Russian hookers," Jolly said. "And the question tonight is how does any evangelical stay with Donald Trump in this moment? And this is one of the phenomenas of Donald Trump's presidency to be honest, that someone who pledges family values is burdened by this extra-curricular, extra-marital activities."

The reference Jolly made to the prostitutes goes back to a comment in the Comey memos about a conversation Trump said he had with Russian President Vladimir Putin.

“The President said ‘the hookers thing’ is nonsense,” Comey wrote, referencing the salacious “golden showers” dossier written by former British spy Christopher Steele. “Putin had told him ‘we have some of the most beautiful hookers in the world.'”

“He did not say when Putin had told him this,” Comey wrote.

"And tonight we learn, this memo comes out, that suggests there are beautiful Russian hookers that Donald Trump is somehow entranced by," Jolly continued. "You can't get away from that. And Don, look, fine it's not a legal issue. Maybe it's a political issue. But at the end of the day this is 2018, and we're living through an environment in the United States of America where the president is compromised likely criminal but also morally."