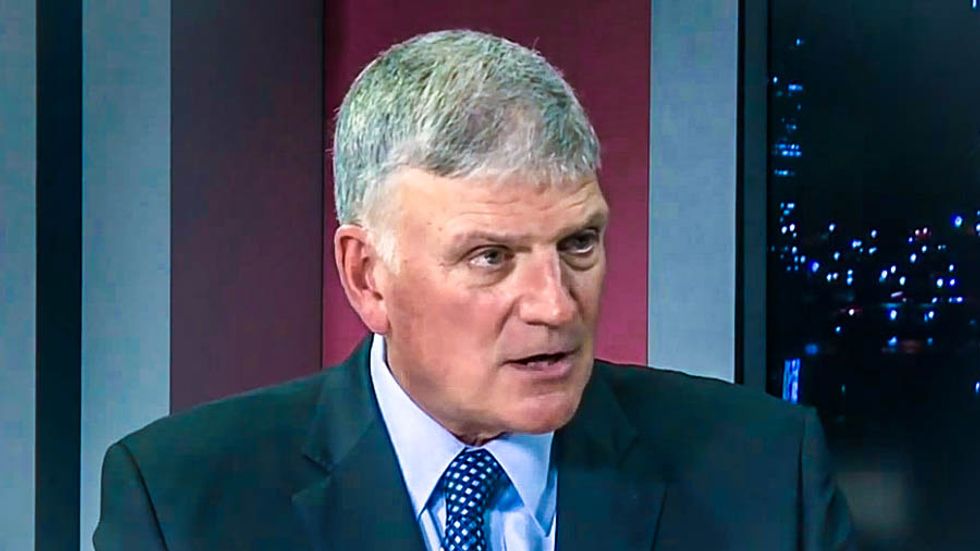 Franklin Graham isn't even trying to pretend to live the words of Jesus Christ anymore. The hyper-partisan son of the late Rev. Billy Graham, just days after Easter, took to Twitter to denigrate progressives in the wake of Tuesday's stunning upset that placed a progressive Democrat on the Wisconsin Supreme Court.

"WI just lost a seat in its state Supreme Court to a progressive judge. In my opinion, if Christians had come out to vote, this seat wouldn't have been lost. It's not the time to be silent—it's time to make positive change for our children & grandchildren," Graham tweeted on Thursday.

71 percent of Wisconsin residents are Christian, so it's unclear who Graham thinks put Judge Rebecca Dallet on the state's highest court. But hypothetically, would she be any less good of a judge if only Jewish people placed her there? Or atheists? Or Muslims? Or the one out of four Wisconsinites who are spiritual but not religious?

Who, exactly, does Graham think voted for her? It had have included a large number of Wisconsin's Christians, since she won by a 12 point margin.

"Christians should be aware of candidates who call themselves progressive. Progressive is generally just a code word for someone who leans toward socialism, who does not believe in God, & who will likely vote against Godly principles that are so important to our nation," Graham also tweeted.

Ironically, Graham's $300 million charity is named Samaritan's Purse, based on the biblical principle to "love your neighbor as yourself."

Not everyone agreed with Graham's attacks:

@Franklin_Graham Christians should be aware of candidates who call themselves conservative. It's commonly a term us… https://t.co/n5n0vf01hm
— Ryan Rijken (@Ryan Rijken) 1522959465.0