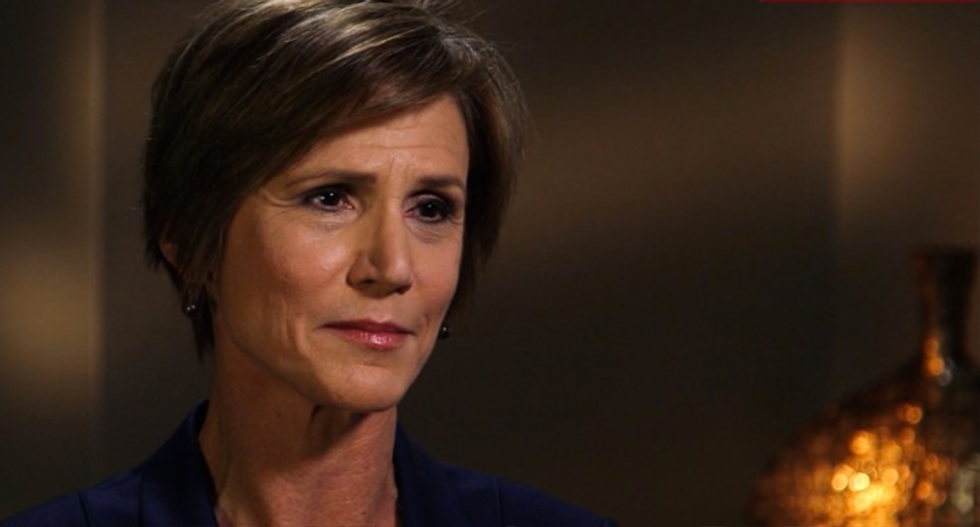 Former acting Attorney General Sally Yates on Tuesday ripped Donald Trump’s “relentless attack on democratic institutions and norms,” arguing his efforts to diminish the Department of Justice will impact the United States “in the years to come.”

“Elections have consequences,” Yates acknowledged at a TimesTalk conversation in Washington, D.C. “And I think you have to expect in a change in administrations, a change in party, that there are going to be policy decisions that are made that you don’t think are a good idea.”

“What worries me more than any of that is the relentless attack on democratic institutions and norms, and the impact that that can have on our country not just during the term of a Trump presidency, but in the years to come as well,” Yates added.

The former acting attorney general, who was fired by Trump for refusing to defend his travel ban—and later emerged as a key figure in special counsel Robert Mueller’s Russia investigation—warned the president’s tendency to bully the Justice Department will lead to “the public’s loss of confidence” in the DOJ.

“Through Democratic and Republican administrations alike, at least since Watergate, there has been a time-honored norm that the White House stays completely away from criminal investigations or prosecutions,” Yates said.

“The damage is done by the public’s loss of confidence that the Department of Justice is acting independently and is making those decisions based on facts and law and nothing else,” she added.

Though she declined to speak about specifics regarding the Russia investigation during her time at the DOJ, Yates insisted she as “absolutely no reason to believe that anything inappropriate was done in connection with the FISA warrants during the time that I was there.”

Yates said warrants go “through many, many layers of review and in excruciating detail, and folks are very, very careful and serious about that process.”