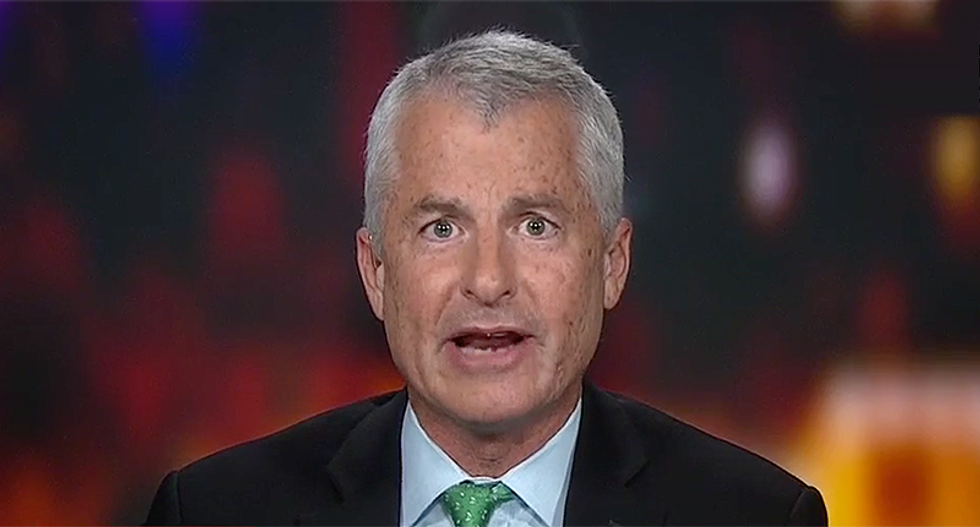 It was reported Friday by CNN's Jim Sciutto that Joseph Schmitz, an advisor from President Donald Trump's campaign, thought that he found the lost emails of Hillary Clinton during the 2016 campaign. According to the report Schmitz was sold a bill of goods on the dark web.

Schmitz then reached out to officials at the FBI, the State Department and the Intelligence Community Inspector General. He mentioned a source he called "PATRIOT" and said that the unidentified contractor believed he had the 30,000 deleted emails from the Clinton server. They were concerned going through the material without permission would get them in trouble if it had classified information in it. The information, it turns out, was not the batch of emails.

CNN commentator and former CIA officer Phil Mudd explained to Erin Burnett Friday that he doesn't take issue with someone going to the FBI so much as he takes issue with a staffer of the president fishing for an investigation on his political opponents.

"That's a tinpot dictatorship," Mudd said. "That is not a democracy. If he wants to pass things over that he thinks is relevant, go ahead. The reporting is not that, Erin. The reporting is that this individual was shopping information around, including the FBI, to try to get the FBI to use its massive power to investigate a political opponent."

Mudd explained that Trump's campaign set the tone when it had Lt. Gen. Michael Flynn, who became the national security advisor, take the stage at the Republican convention leading a chant of "lock her up."

"We cannot have it here. I want to shop at Banana Republic, I don't want to live there," Mudd said about unstable countries. "Everyone is equal in the eyes of the law. You can't say the president of the United States and his advisers can walk across Pennsylvania Avenue to the FBI and say, 'We get to decide whether you investigate our political opponents or not.' We don't do that in this country, Erin."