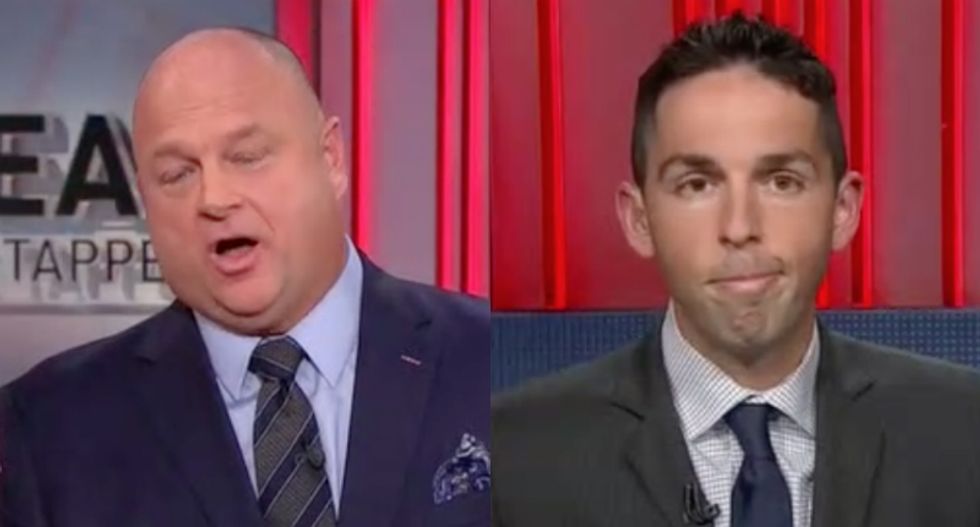 Responding to news that the FBI raided President Donald Trump's longtime personal attorney Michael Cohen, a former supervisory agent at the bureau sparred with a Republican over special counsel Robert Mueller's no-knock raid on the home of another Trump associate.

Former FBI supervisory special agent Josh Campbell noted that in the case of someone as high-profile as Cohen, someone at the highest level of the Justice Department had to sign off on the raid. In response, Trump campaign aide David Urban completely switched gears.

Referencing the bureau's "no-knock" raid on the home of former Trump campaign chairman Paul Manafort last year, Urban said law enforcement officials he knows claimed the FBI "reserve those kind of raids for bad guys with guns who are gonna put up a fight."

"Is very rare for folks to do no-knock raids," the Trump backer continued as Campbell insistently said "no" while shaking his head.

"Josh, you had your chance," Urban said before claiming that in the case of Manafort and deputy Trump campaign chairman Rick Gates, the raids stemmed from "things that happened in 2013."

Urban, Campbell said, "gets points for creativity" — but is totally wrong.

"If you're a law enforcement officer and you're focusing on a crime, it doesn't just involve those that are dangerous — but involves those that may be destroying evidence," the former special agent said.

"The point that was just made has nothing to do with what I just said," Campbell concluded, causing the panel to dissolve into chaos as Urban attempted to speak over him.