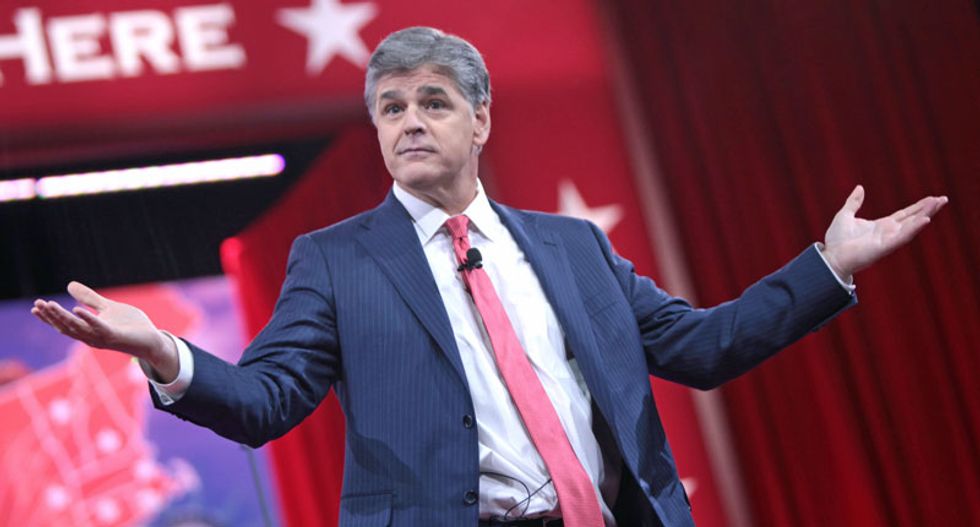 A former Watergate prosecutor explained on MSNBC's The Beat with Ari Melber that Sean Hannity would never have been revealed as a client of Michael Cohen -- unless he was conspiring or had engaged in criminal activity.

"Sean Hannity is in trouble tonight for secretly employing a Trump lawyer -- and not Michael Cohen," Melber. "Another one in a story breaking right now, Fox anchor Sean Hannity has of course been facing heat since the bomb dropped in that New York courtroom Monday exposing him as the third mystery client of Michael Cohen, the Trump lawyer under federal criminal investigation."

"Tonight, that odd revelation is morphing into something even odder, an apparent pattern with Sean Hannity employs several of Donald Trump's top lawyers while reporting on them, and interviewing them, without disclosing it," he noted. "Sean Hannity tonight, now trying to explain why he hires so many Trump lawyers, and hides that fact from his viewers and Fox is on defense as well."

"The bigger question is why hide it?" he suggested. "And why when you think about that drama yesterday, why do they find themselves playing defense on controversy sparked by the Stormy Daniels saga?"

"And why do Trump and Cohen seem so incensed about whatever it is the Feds may have found in Michael Cohen's office?" he asked.

"It makes no sense, because the privilege belongs to Sean Hannity, it belongs to the client," Ackerman replied.

"He could have simply decided not to do anything here, because if he did nothing and he has nothing to hide and he didn't do anything criminally, the odds are this information or whatever in the files relate to him would never see the light of day."

"This stuff doesn't becomes public afterward, there's no Freedom of Information Act that would have to be honored," he continued. "This is covered by grand jury secrecy."

The former prosecutor surmised that Hannity was either trying to help Cohen bolster his case, or that he had criminal exposure.

"If Hannity was involved in some criminal matter, that's the only way any of this evidence gets out," he concluded.