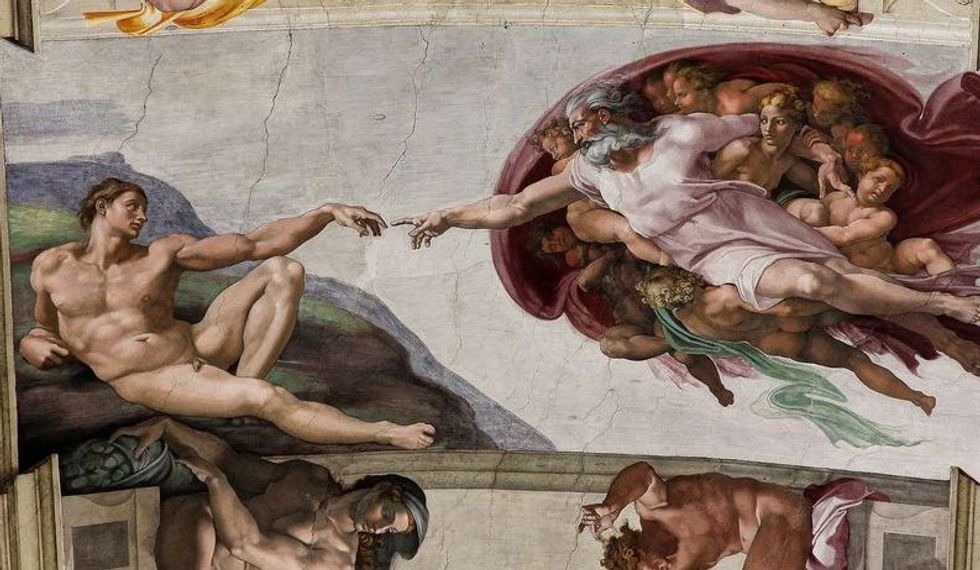 The Sistine Chapel is banned in South Dakota/Screenshot

A University of North Dakota law professor is representing him.

"Under this policy, materials can be prohibited if they show an excessive amount of inner thigh," the lawyer wrote.