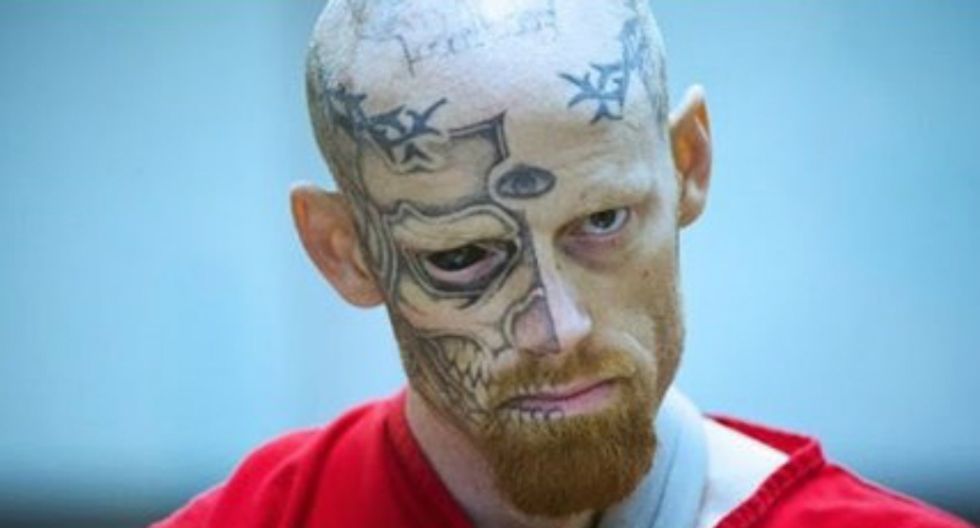 A member of the Aryan Brotherhood of Texas prison gang. Image via a documentary about the gang.

Federal authorities in North Texas have 57 suspected white supremacist gang members in their custody in a drug trafficking sting — and claim four people associated with the gangs kidnapped someone and cut off their finger because they owed money.

The Associated Press reported Monday that defendants were associated with the groups Aryan Brotherhood of Texas and Dirty White Boys, and federal prosecutors have charged them with distributing methamphetamine since 2015. Nine of the members were already in police custody when federal conspiracy to charges were brought against them, and another 42 were arrested. The report noted that six other suspected members are still at large.

AP also noted that earlier this year, four of the defendants "kidnapped someone in an effort to obtain drug proceeds that they believed were owed to them," subsequently beating them and lopping off their finger with a hatchet.