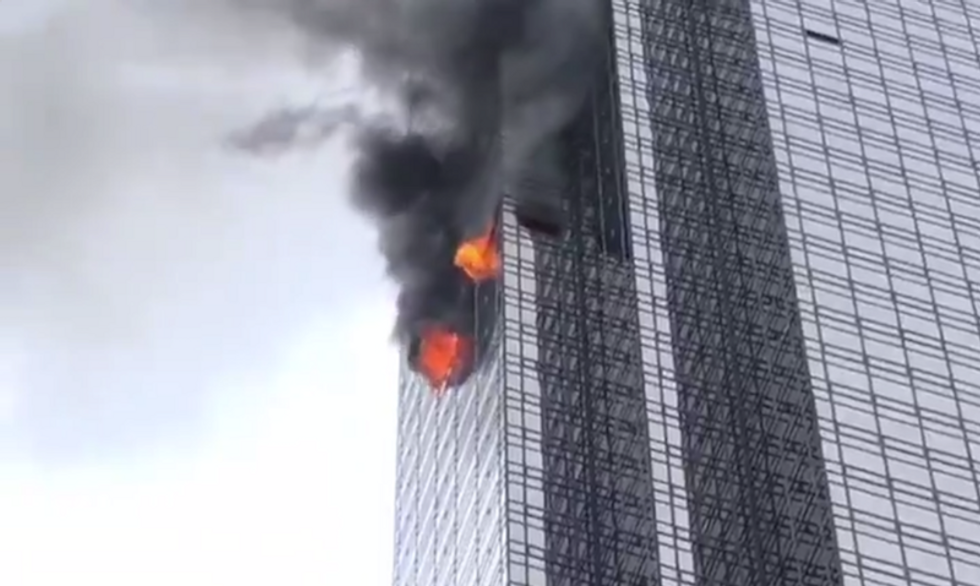 A fire broke out on the 50th floor of Trump Tower in New York this afternoon.

According to reports, on person died and others were injured.

There is a fire right now in Trump Tower. Was small and then something happened where the size doubled in seconds! pic.twitter.com/NnFNHEfJBg

At least five fire trucks were seen responding to the fire on Fifth Avenue.

Update: Trump says the fire is out.

Trump is not in New York today. His family quarters are on the top three floors of the building.