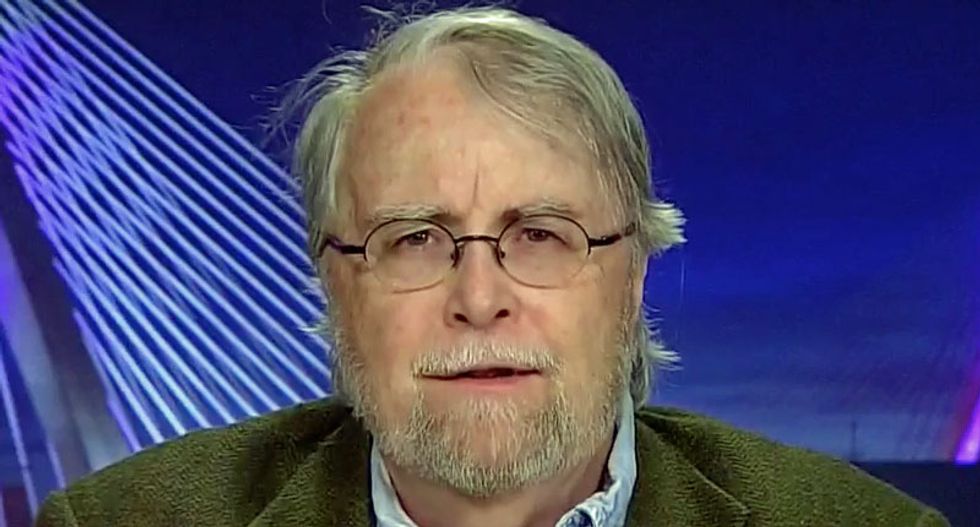 Former altar boy and Esquire writer-at-large Charles Pierce slammed Speaker Paul Ryan (R-WI) for politicizing the office of Congressional chaplain during a Friday appearance on MSNBC's "All In with Chris Hayes."

"Democrats and Republicans in the house are outraged after Paul Ryan's unexplained dismissal of the chaplain about the House, 148 members today sent a letter about the forced resignation of Patrick J. Conroy, the first ousting the House chaplain in congressional history," Hayes noted. "Ryan's office won't say on the record why Conroy was effectively fired."

"I just don't think there's anything more Paul Ryan can screw up in this job," Pierce argued. "Firing the chaplain?"

"You know, it should be a nonpartisan position, that does seem like a pretty clear like needling and if you think that the House chaplain is using his position to kind of like subtly, you know, orate against your legislative priorities, like, I can understand being angered by that," Hayes suggested.

"You asking me this question?" Pierce wondered. "I think it's the silliest thing I've ever heard."

"The guy is a priest, he's there to pray," he continued. "He's drawing his prayer, as near as I can tell, strictly from the gospels."

"You know, there's an old saying among we former altar boys, 'if a sermon is uncomfortable, figure out why it makes you uncomfortable' -- don't blame the person delivering the sermon," he concluded.

"I mean, this sounds like the Republicans want to have a primary for the next chaplain," Pierce observed. "It really does."