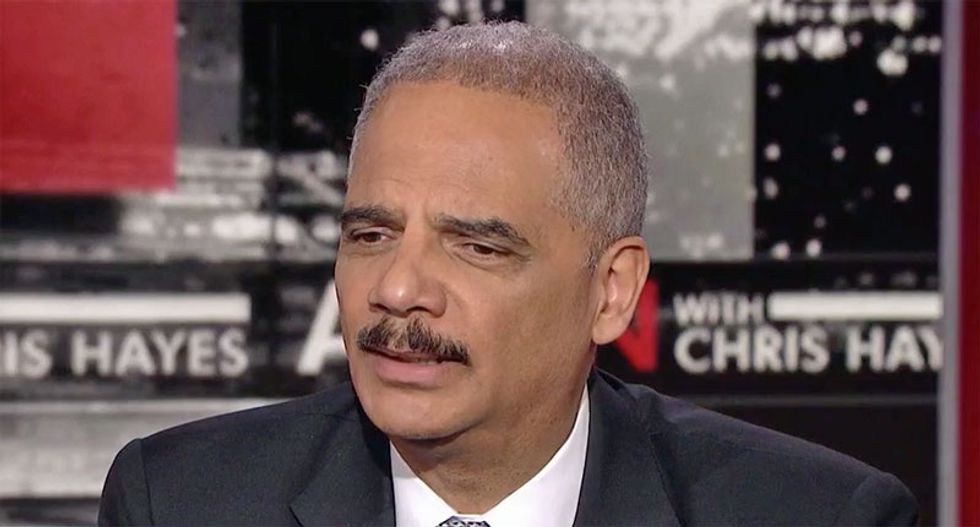 "Do you have faith in, fundamentally, in the judgment and integrity of Jeff Sessions to uphold the norms that we're discussing?" the host of All In with Chris Hayes asked.

"That's not a yes," Hayes replied.

"I'm not a person who likes to criticize my predecessors or successors because I know how tough the job can be," the former attorney general explained. "And yet the actions he has taken, in response to criticisms that he's received from the president, his desire it appears to me, to curry favor with the president who views him disfavor-ably worries me a great deal."

"I'm not certain that he has got the steel that an attorney general has to have," Holder concluded.

Holder explained why he had a picture of Richardson in his conference room.

"I had Elliott Richardson... to remind me at some point an attorney general has to say 'no' to a president, maybe you're going to lose your job as a result of that," he argued. "I don't have faith in Jeff Sessions, that he would look at Elliott Richardson in the same way I do."

During the interview, Holder said that he is "thinking" about running for president in 2010.