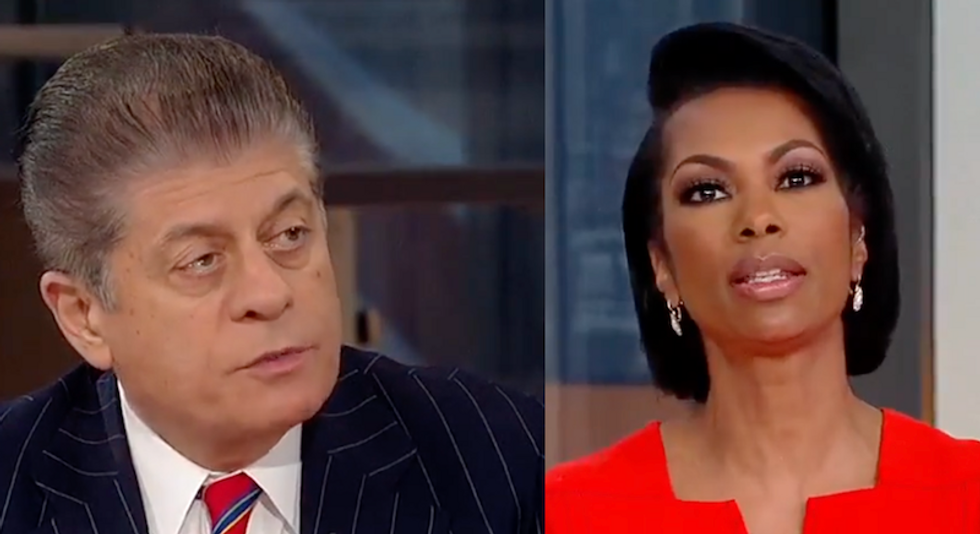 Did Michael Cohen's legal team screw Sean Hannity and Donald Trump in a desperate bid to save their client?

That's the implication of what Fox legal analyst Andrew Napolitano said on Tuesday.

"Cohen is terribly fearful, and rightly so, of an indictment by the feds," he said. "He is going to do what he has to to keep himself free."

Cohen is not necessarily on the side of client Sean Hannity—which is why his lawyers argued to the court that he had multiple clients in an effort to paint him as a "real" lawyer, even though it exposed the Fox News host.

"I love him and I've worked with him for 20 years," Napolitano said. "He can't have it both ways. If he was a client then his confidential communications to Mr. Cohen are privileged. If Mr. Cohen was never his lawyer than nothing that he said to Mr. Cohen is privileged."

He then laid out Hannity's exposure after the "myth" of attorney client privilege is pushed aide.