Fox News' Judge Napolitano: FBI raid shows they could have 'evidence of crimes by Cohen' and possibly 'the president' 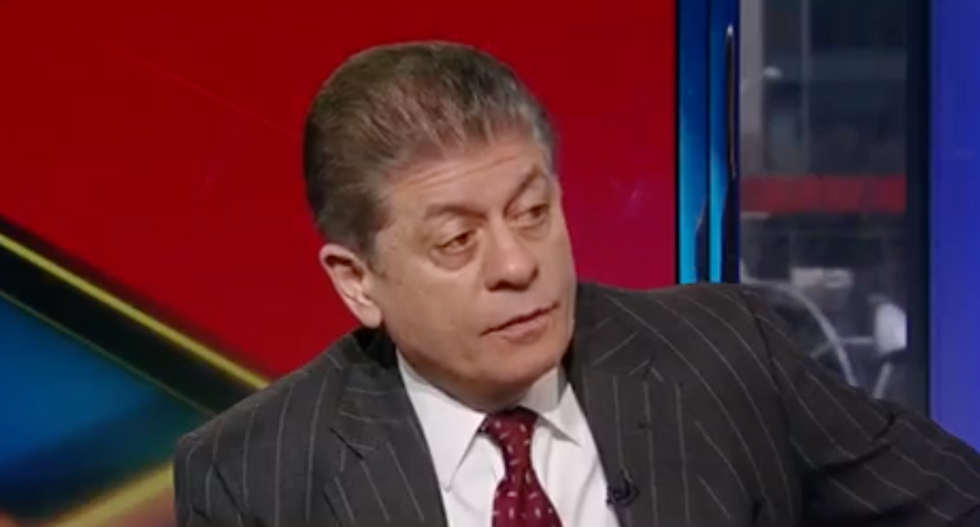 Fox News senior judicial analyst Judge Andrew Napolitano on Monday laid out the implications of an FBI raid on the office and home of longtime Donald Trump lawyer Michael Cohen, explaining that in order for a federal judge to green-light the raid, they had to believe “that among these seized documents is evidence of crimes by Mr. Cohen or Mr. Cohen and the president.”

Napolitano was speaking with Fox News host Neil Cavuto, who asked the judicial analyst to “make sense” of the news for him.

Napolitano pointed out that the first question people ask him is whether communications between Cohen and Trump are protected by attorney-client privilege, noting that’s not the case “if there’s a serious allegation of unlawful activity by the lawyer with the client.”

Napolitano explained that in this case, the lawyer is Cohen and his client is “his only client— the president of the United States.” The judge noted Cohen’s office is located on the 26th floor of Trump Tower and is hardly the “traditional” or “discreet” set-up one would expect from a lawyer.

“He works for Donald Trump the person, the Trump Organization and it’s various entities,” Napolitano said. “And that, as far as I understand from sources, is all he works for.”

Napolitano then detailed what the FBI would have gone through to secure warrant to raid Cohen’s home and business.

“There must be some evidence presented to a federal judge here in New York City sufficient to persuade that judge to sign a search warrant to permit the FBI, in broad daylight, to raid an attorney’s office—particularly when that attorney has one client and it happens to be the president of the United States,” Napolitano said.

“That evidence would have to be such as to persuade a neutral observer, the federal judge, that it is more likely than not that among these seized documents is evidence of crimes by Mr. Cohen or Mr. Cohen and the president,” he added.