Fox News' Shep Smith trashes Trump for starting a trade war with China: 'It'd be nice' if he 'explained this to anyone' 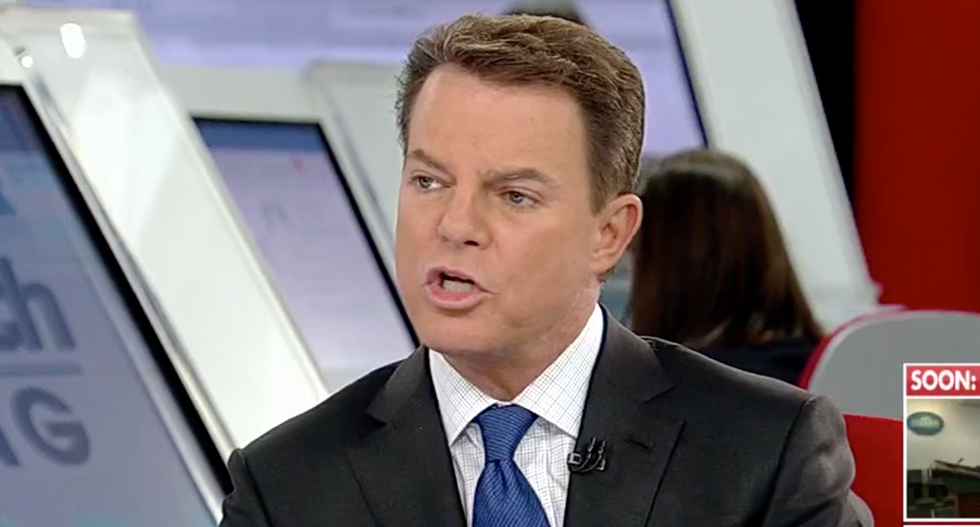 Fox News host Shep Smith on Wednesday trashed Donald Trump’s lack of clarity on the end goal of his suggested trade war with China, wondering if the president has managed to explain his specific demands to anyone in government.

“There's talk of things that are like a trade war and the president says trade wars are good and easy to win and now they're walking back the idea of a trade war because trade wars are unpopular?” Smith asked Associated Press White House reporter Zeke Miller. “What do we make of this?”

Miller explained that “no one likes a trade war,” adding even the president does not want a trade war with China despite his claim earlier this month that “trade wars are good and east to win.”

“The message that we heard from [Director of the National Economic Council] Larry Kudlow, coming out, talking to reporters, basically trying to ease concerns about the Chinese retaliatory tariffs saying maybe none of them will come into effect,” Miller added. “Maybe it's part of a larger negotiating tactic. We've seen that before from [the president].”

Smith wondered what Trump is negotiating for, exactly.

“That’s unclear,” Miller replied. “For a more level playing field. We haven't seen a specific demand, an ask list, from this president.”

“A level playing field in what way?” Smith demanded. “If he has explained this to any of his people or anyone in our government or any news reporters, we don't know about it and we have a pretty good pipeline, I must say.”

“When he says we have a $500 billion imbalance, it would be nice if we had clarity on what he thinks would fix that sort of thing, right?” Smith asked.