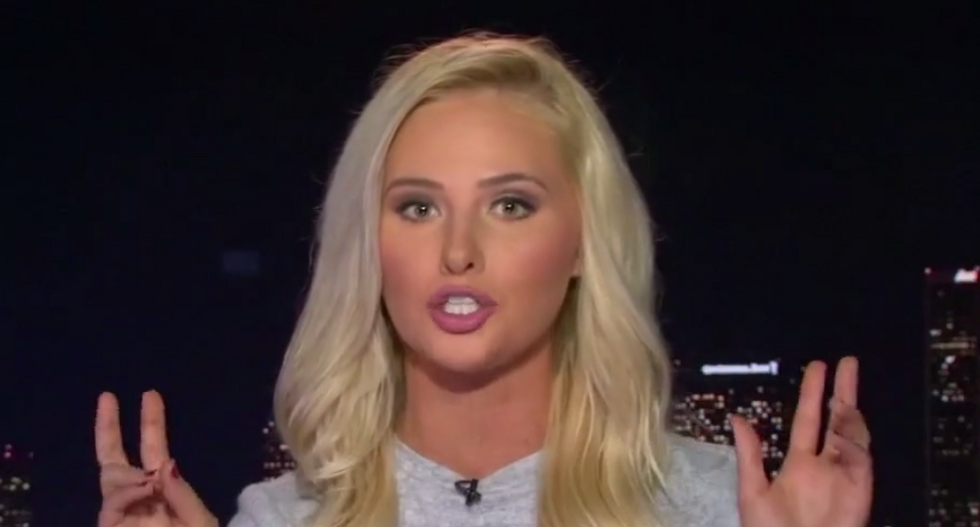 Fox News' Tomi Lahren has been one of President Donald Trump's most reliable defenders -- but now she's warning him to stay out of getting deeply involved in Syria.

In her latest "Final Thoughts" segment, Lahren acknowledged that the actions of Syrian leader Bashar al-Assad were brutal and horrific -- but she said that didn't mean America should commit to yet another regime change war in the Middle East.

"The cold, hard truth is this isn't our battle, it's not our war, and we will not win it," she said. "Don't get me wrong, we have the greatest fighting force on Earth in the U.S. military, but we can't even win a war where we don't know what victory looks like."

In pointing to failed American efforts to install democracy in Afghanistan, Iraq and Libya by toppling existing governments, Lahren says that doing the same in Syria will not be any different.

"How many times do we keep sticking our fingers in the fire before we realize that spreading democracy in the Middle East does not work!" she said.

Lahren ended her segment by pleading with Trump to remember the skepticism of launching "regime change" wars in the Middle East that he expressed during the 2016 election campaign.

"We have nothing to gain in Syria and everything to lose," she said. "We cannot afford to lose more Americans in someone else's unwinnable conflict. Period. President Trump, please remember: It’s America first."