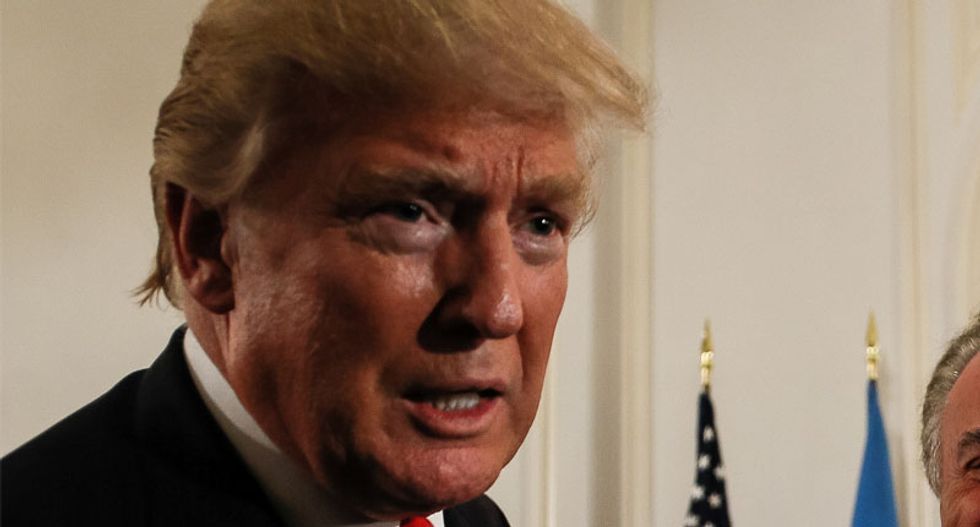 In 2003, the Bush administration hurriedly and haphazardly implemented a policy of “de-Baathification” in Iraq. Modeled on the de-Nazification program undertaken by the Allied Powers in Germany after World War II, it proved to be an utter disaster. With piss-poor planning and not much insight into Iraqi society, they unceremoniously fired everyone who had worked for the Sunni-dominated Iraqi government and permanently barred them from future work in the public sector. That included the country’s entire security apparatus, and those heavily armed, highly trained and newly unemployed officers and troops would go on to form the backbone of the Iraqi resistance, and later the leadership of the Islamic State.

Fortunately, our circumstances bear little resemblance to that of post-invasion Iraq. The incompetence and corruption that plagues this regime can be excised from within – no foreign intervention is necessary as long as we can still vote. If and when our long national nightmare comes to an end, a massive program of de-Trumpification will be required to excise the ugly strain of white ethno-nationalism that’s infiltrated the federal government. And we really have to ditch the grifters that Trump's brought into the government with him.

The Washington Post reported last week that “an obscure White House office responsible for recruiting and vetting thousands of political appointees has suffered from inexperience and a shortage of staff, hobbling the Trump administration’s efforts to place qualified people in key posts across government.” And it really shows.

EPA chief Scott Pruitt’s performance hasn’t flown under the radar – it’s been front and center in the past couple of weeks. But it’s worth recapping some of the lowlights of his 15 months in office. We learned last year that a banker who was banned from the financial sector for life lent Pruitt almost $1 million when Pruitt was an Oklahoma state senator earning a salary of under $40k per year – he used $605,000 to buy a house in a gated community – and then that banker landed a cushy job under Pruitt at EPA. We know Pruitt has racked up unprecedented costs for first-class travel, claiming that he has to do so for security reasons. Yet, according to the Associated Press, “on weekend trips home for Sooners football games, when taxpayers weren’t paying for his ticket, the EPA official said Pruitt flew coach.” We know, via Maplight, that “as an Oklahoma politician, Environmental Protection Agency Administrator Scott Pruitt received $181,000 in political contributions from donors who lobbied the EPA last year.”

Pruitt defied the Trump White House to give “substantial pay raises” to “two of his closest aides,” according to The Atlantic, even as The New York Times reported that “at least five officials at the Environmental Protection Agency, four of them high-ranking, were reassigned or demoted, or requested new jobs in the past year after they raised concerns about the spending and management of the agency’s administrator, Scott Pruitt.”

And then there’s the apartment he was “renting” from a couple of DC lobbyists for $50 per night. It turns out that the cut-rate condo “also served as a hub for Republican lawmakers hoping to raise money for their congressional campaigns.” It was reportedly kept vacant and available for Pruitt and his fellow con artists when he wasn’t paying well below market rate for it, but he was nevertheless “slow to pay the rent on his $50-per-night,” according to Politico, “forcing his lobbyist landlord to pester him for payment.” Politico also reported that Pruitt “didn’t leave when his lease ended,” and the lobbyist couple “became so frustrated by their lingering tenant that they eventually pushed him out and changed their locks.”

DC government issues citation to owner of apartment Scott Pruitt rented because they did not have proper license to… https://t.co/4cyTFYc2Ey
— Mark Segraves (@Mark Segraves) 1522968763.0

Conservatives have been fiercely defending Pruitt. They cite the agency’s top ethics official, who said that Pruitt’s sweetheart deal “determined that Pruitt's rental was within federal ethics regulations regarding gifts, which despite being issued after the fact seemed to clear Pruitt of wrongdoing,” according to CNN, but that very same EPA watchdog now says he didn’t have all the facts when he issued that guidance.

Meanwhile, Pruitt’s tenure has been marked by a notable disdain for science and fact-driven policy, and the appointment of a number of senior officials who have themselves been responsible for various degrees of environmental destruction in their past lives in industries the agency is supposed to regulate.

And here’s the ultimate Scott Pruitt story – one that may encapsulate the Trump era better than any other. Hiroko Tabuchi and Lisa Friedman reported this week for The New York Times that a group of executives from the Big Three automakers went to the Trump regime and asked them to roll back Obama’s new fuel efficiency standards, but they got much more than they asked for. “Automakers are coming to terms with a startling reality: Be careful what you ask of President Trump, because he could go further than you expect,” report Tabuchi and Friedman.

The E.P.A.’s plan, which is likely to be formally launched in coming days, is widely expected to loosen regulations on greenhouse gas emissions and fuel economy well beyond what the automakers themselves had sought.

In addition, according to a White House official with knowledge of the plans, the Trump administration is expected to formally urge California — which has special authority under the Clean Air Act to set its own air pollution laws — to go along with the rollback, something the state has already said it won’t do. That could spark a legal battle between the federal government and California, potentially dividing the United States into two automobile markets, each with a different rule book governing pollution and gas mileage.

“We didn’t ask for that,” said Robert Bienenfeld, assistant vice president in charge of environment and energy strategy at American Honda Motor, in an interview Thursday evening. “The position we outlined was sensible.”

Pruitt is just one grifter among many. And, alarmingly, the guy who would replace him if he gets the boot may be worse, if that’s possible. “The leading contender,” writes Emily Atkin, “is Andrew Wheeler, a former coal lobbyist, EPA bureaucrat, and aide to the snowball-wielding Senator Jim Inhofe.” She adds that “Wheeler’s confirmation would be great news for the country’s largest coal mining company, [Murray Energy,] which will have secured one of its longtime lobbyists in a position of power over environmental regulation.”

If the much anticipated Blue Wave arrives this fall, and Democrats retake the White House in 2020, there will be no room for “let’s look forward, not back.” The next normal president is going to need to purge these sleazebags before going on a real global apology tour.

Here are a few other outrages you may have missed this week...

“Trump’s Cabinet chiefs have come under fire for their spending over the past year,” writes Vice’s Gabrielle Bluestone, “but more unusual is the role that the spouses of agency directors have played in both approving controversial expenses or benefitting from them.”

Five Cabinet spouses are now connected to major and controversial expenditures of public funds, including Housing and Urban Development secretary Dr. Ben Carson’s $31,000 table, which he claims was chosen and ordered by his wife; CIA officers doing work on behalf of director Mike Pompeo’s wife, and federal protection for Interior Secretary Ryan Zinke and his wife on their vacation to Turkey and Greece.

Not to be outdone by Scott Pruitt at EPA, “Mick Mulvaney, President Donald Trump’s appointee to oversee the Consumer Financial Protection Bureau, has given big pay raises to the deputies he has hired to help him run the bureau,” reports the Associated Press. Recall that Mulvaney requested zero dollars in appropriations for the agency’s ostensible mission of protecting consumers from predatory lending.

In his brief, stormy tenure at the State Department, Rex Tillerson showed that “small government” can be really, really expensive when it’s overseen by grifters. Tillerson vowed to “redesign” the agency to be leaner and meaner, but Politico reports that, “now that Tillerson has been fired, the vaunted ‘Redesign’ initiative he launched faces an uncertain future, but at least one clear legacy: around $12 million spent just for private consultants who in some cases charged the State Department more than $300 an hour.”

Under the guidance of Ben Carson, the Trump regime “is attempting to scale back federal efforts to enforce fair housing laws, freezing enforcement actions against local governments and businesses, including Facebook, while sidelining officials who have aggressively pursued civil rights cases,” reports Glenn Thrush for The New York Times.

Meanwhile, “The Federal Election Commission is asking a leadership PAC previously affiliated with Interior Secretary Ryan Zinke to account for more than $600,000 of previously unreported contributions from the first six months of 2017,” according to Politico. “For most of the period in question, the committee, SEAL PAC, was overseen by Vincent DeVito, who is now a top aide to Zinke at the Interior Department, and this is the second time federal regulators have looked into discrepancies during his tenure.”

Darryl Fears reports for the WaPo that Zinke tabbed Susan Combs, “A fierce opponent of the Endangered Species Act,” to serve as acting secretary for fish, wildlife and parks.

Zinke has teamed with lawmakers in the House in a bid to strip the Endangered Species Act of much of its power. Several bills would remove the act’s provisions to save species from extinction regardless of the economic impact, rely on peer-reviewed scientific data and reward conservation organizations that successfully sue to protect animals by paying their court costs.

Finally, Katie Benner reported this week for The New York Times that Kevin Carwile, who was appointed to run the Justice Department’s death penalty unit despite the fact that “he had never prosecuted or sat through an entire capital punishment case,” was “removed from his post after The New York Times inquired about a series of grievances against him, including complaints that he promoted gender bias and a ‘sexualized environment.’ He fostered a culture of favoritism and sexism, according to court records, internal documents and interviews with more than a half-dozen current and former employees. In one episode, his deputy groped an administrative assistant at a bar in view of their colleagues, according to some who were present. Mr. Carwile asked the witnesses to keep it secret, one said.”