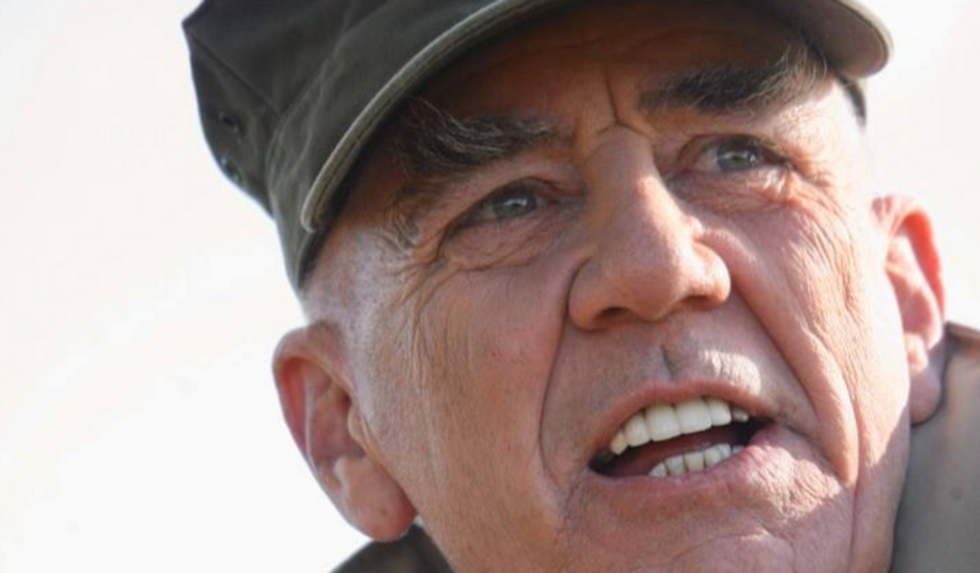 R. Lee Ermey who passed away Sunday at age 74/Courtesy of management

R. Lee Ermey, a former United States Marine Corps drill instructor who parlayed his military experience into a breakthrough role in Stanley Kubrick's Full Metal Jacket, has passed away at age 74, according to a statement by his manager.

Ermey appeared in a number of dark but critically acclaimed films, including Apocalypse Now, Leaving Las Vegas, Se7en and The Texas Chainsaw Massacre. But he also lent his voice to Toy Story and a History Channel series called Mail Call in which he answered questions about the military.

"It is with deep sadness that I regret to inform you all that R. Lee Ermey ("The Gunny") passed away this morning from complications of pneumonia," the statement from long time manager, Bill Rogin, said. "It is a terrible loss that nobody was prepared for. He has meant so much to so many people. And, it is extremely difficult to truly quantify all of the great things this man has selflessly done for, and on behalf of, our many men and women in uniform. He has also contributed many iconic and indelible characters on film that will live on forever. Gunnery Sergeant Hartman of Full Metal Jacket fame was a hard and principled man. The real R. Lee Ermey was a family man, and a kind and gentle soul. He was generous to everyone around him. And, he especially cared deeply for others in need."