Georgia candidate vows to 'fight to protect our Christian values' 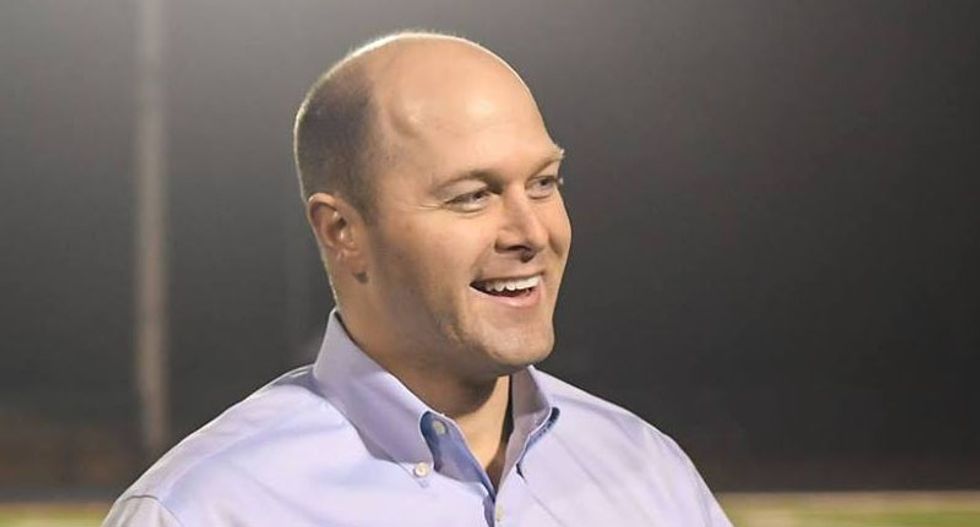 Former Georgia Republican lawmaker Hunter Hill is running for governor promising to "fight to protect our Christian values." The 40-year old makes no attempt to hide his disdain for separation of church and state, doesn't even try to hide his religious extremism in a more-encompassing "Judeo-Christian values" claim.

"As governor, I'll fight to protect our Christian values, defend the 2nd Amendment, and eliminate the state income tax," he says in a new ad.

"Army Ranger training made Hunter Hill a leader," the video begins. "But during three combat tours of duty it was Christ who strengthened him."

"As governor, Hunter will protect Christian values. Defend our Second Amendment. And eliminate the income tax," the voiceover promises.

Army Ranger training showed me how to lead, but it was Christ who provided strength and protection during my three… https://t.co/PidHcHDq4k
— Hunter Hill (@Hunter Hill) 1525097273.0

It is a chilling rebuke of the First Amendment and the separation of church and state.

Hill's website brags that he is "not a career politician," despite having run for office since 2008 – when he lost. He finally won in 2012 and was re-elected in 2016. He's been plagued by accusations that parts of his campaign website were lifted from that of disgraced Missouri Governor Eric Greitens.

"I can guarantee that as Governor you will have no greater defender of your fundamental, God-given rights," the first section states. "First and foremost, as a Christian, combat veteran and a father, I have seen first hand how precious and fragile life is. I promise to sign any piece of legislation that further protects the lives of the unborn. Secondly, I know what it's like to be in harm's way. When I was overseas I didn’t just have a gun in my hand—I had one on my side. The Second Amendment is a recognition that the right to self-defense is a God-given right. It is also the right that protects all other rights, and you can rest assured I will always fight the liberal left and their anti-gun agenda."