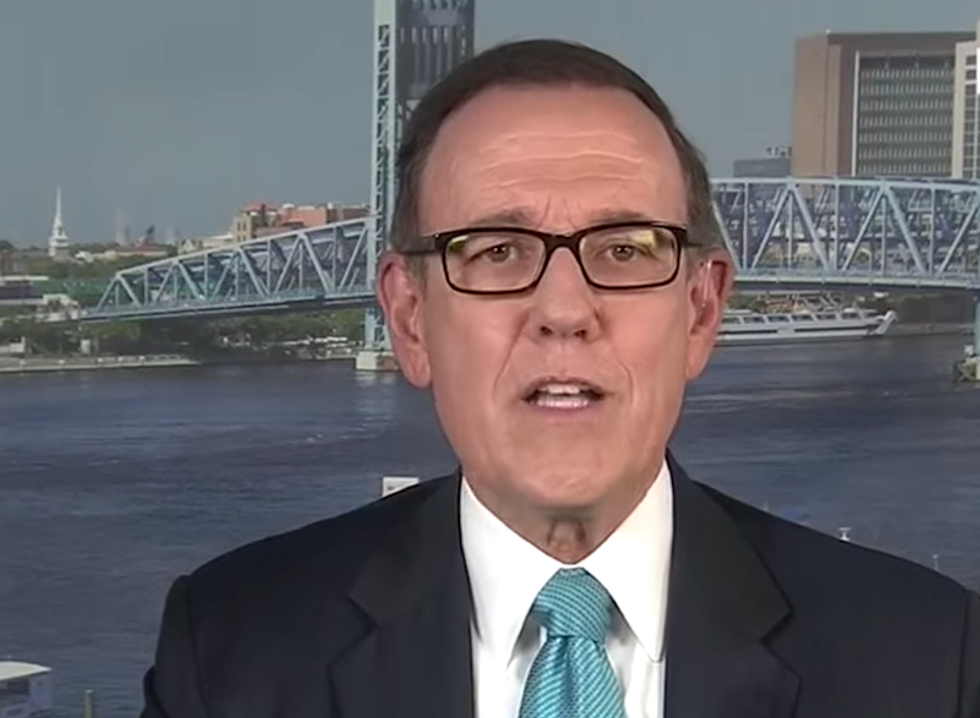 Despite allegations that he had unprotected sex with nude models in the months following the birth of his youngest child, Donald Trump continues to enjoy the support of Christian conservatives. About 80 percent of self-described evangelicals approves of the job Trump is doing.

How does this square? After years of listening to Christian conservatives berate the morality of everyone on the left, it's hard to reconcile—which is why some people are spending their Easter Sunday grappling with the phenomenon.

Christian author Stephen Strang, the author of God and Donald Trump, started by making excuses for Trump's behavior, even his continued insistence that he did not have sex with Stormy Daniels.

"Most people—and certainly most Christians—would consider a one-night stand different, especially as a private person," he says. "Than someone like John Kennedy or Bill Clinton, where the press just looked the other way, and it was well-known that they had multiple affairs in the White House itself."

Strang also argued that Trump's flaws were in a grand tradition of religious leaders who are flawed.

"God has always used imperfect people, from King David to the Apostle Paul. So we believe that God has raised up this unlikely person who is championing Christian values in a way no other president has," he says.

He also pointed to Trump's television habits—the president reportedly watched between four and eight hours of TV a day—as evidence that Trump is a believer. Specifically, he points out that Trump watched Christian TV late at night, and that he loves to be prayed for.