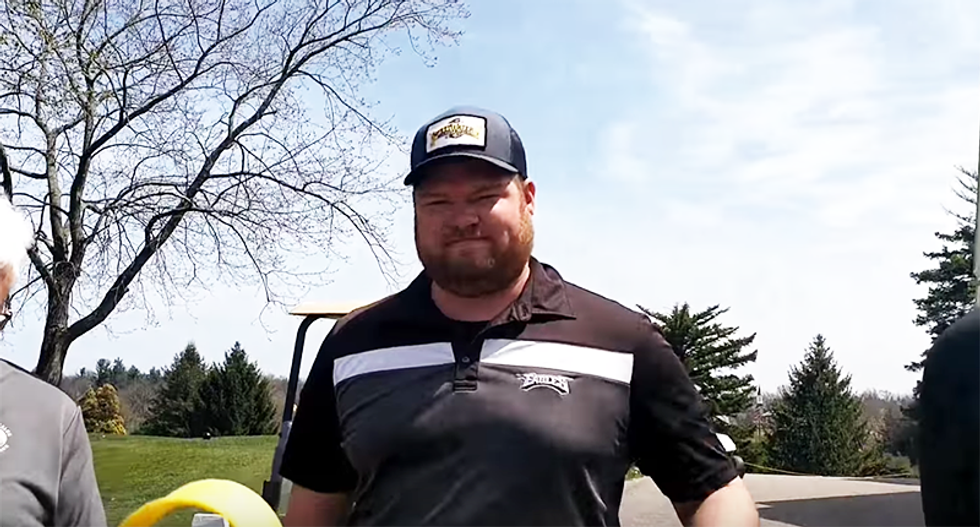 A group of women affiliated with Sisters in the Fairway were allegedly taking too long while playing golf on a leisurely day. The act apparently bothered a group of white men so much that they called the police.

The Grio reported Tuesday, citing the York Daily Record, that the white co-owner of the Pennsylvania club asked the women twice to move along. Attorney Sandra Thompson, chair of the New York chapter of the NAACP was one of the women on the course.

Thompson recalled that the co-owner alleged the women "weren't keeping up with the pace of the play at the second hole." The players are calling it nonsense, noting they were in line with everyone else..

Sandra Harrison also played with the group of women and noted that they were, in fact, keeping the pace. Golf etiquette requests that players keep the flow moving and slower groups should allow those behind them to go ahead.

Fearing they would be in trouble, they even skipped the third hole so they would be further ahead. However, by the ninth hole, when the women took a break, three of the women decided to leave after the incident earlier.

Those that stayed then encountered former York County Commissioner Steve Chronister, his son, club co-owner Jordan Chronister and several other white, male staffers of the club. At that point the women were asked to leave because their break "took too long." The time, according to the women, was within the appropriate amount allotted. They even pointed to a group of white men still drinking their beer, who still hadn't returned to playing.

Thompson pulled out her video camera as the former Commissioner and his son approached the women. They were told the police had been called.

“I felt we were discriminated against,” golf player Myneca Ojo, told the York Daily Record. “It was a horrific experience.”

The women weren't charged with a crime, as one hadn't been committed. Despite saying a crime not being committed, the Northern York County Regional Police did come out to the course.

Police Chief Mark Bentzel said. “All parties left and we left as well.”

He did not clarify the policy of sending officers to locations where there is a complaint of no laws being broken. Nor is it clear what the penalty is of reporting a non-crime and demanding police come out

Chronister's wife, who is also a part owner of the club, said that she wants to make amends with the women and personally apologize.

“We sincerely apologize to the women for making them feel uncomfortable here at Grandview, that is not our intention in any way,” she told the local paper. “We want all of our members to feel valued and that they can come out here and have a great time, play golf and enjoy the experience.”

Thompson isn't sure if a meeting is warranted, but wants larger racial issues addressed at the club.

“There needs to be something more substantial to understand they don’t treat people in this manner,” she said.