'His hands were smaller than mine': James Comey thought Trump was shorter in person and not very strong 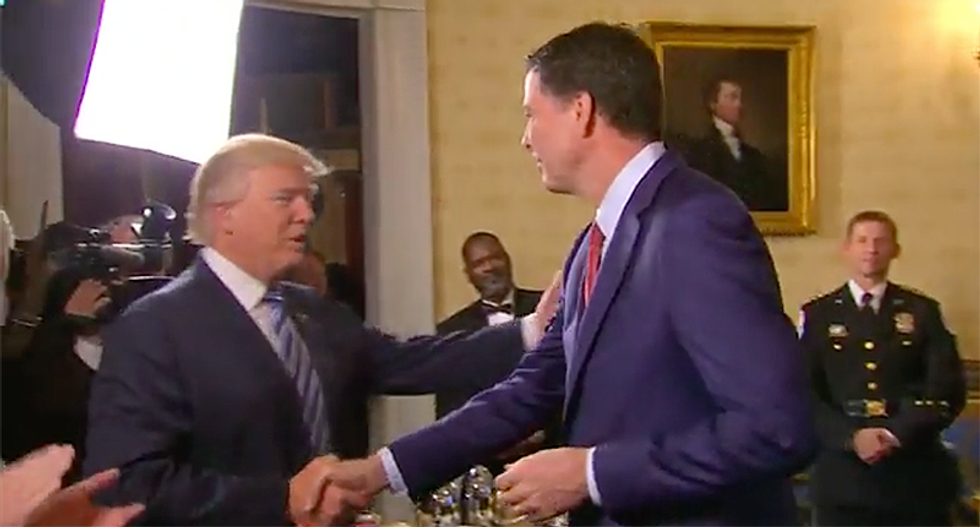 The first meeting between then President-elect Donald Trump and then FBI Director James Comey was a personal courtesy to tell him that the Russians had potentially damaging information on him. In his new book, Comey divulges his first impressions of the new president.

ABC News posted excerpts from the book that Comey wasn't impressed with the new president. The former FBI director stands a towering 6'8" and when he met Trump he recalled thinking he “appeared shorter than he seemed on a debate stage." When the two shook hands for the first time, Comey noticed it was indeed "smaller than mine, but did not seem unusually so."

He also described Trump's complexion that many have mocked in the past.

His “face appeared slightly orange, with bright white half-moons under his eyes where I assumed he placed small tanning goggles, and impressively coiffed, bright blond hair, which upon close inspection looked to be all his," the book reads. "I remember wondering how long it must take him in the morning to get that done.”

When Trump singled Comey out at the White House for a handshake, the new book says that Trump seemed to want to pull Comey in for a bro-hug. He wasn't comfortable with the president's move and resisted in a way that showed his own strength over Trump.

“He was not going to get a hug without being a whole lot stronger than he looked. He wasn’t,” Comey wrote.

When describing the way the president speaks, Comey said that it was like “an oral jigsaw puzzle contest, with a shot clock.”

Comey's book, A Higher Loyalty will be released April 17.