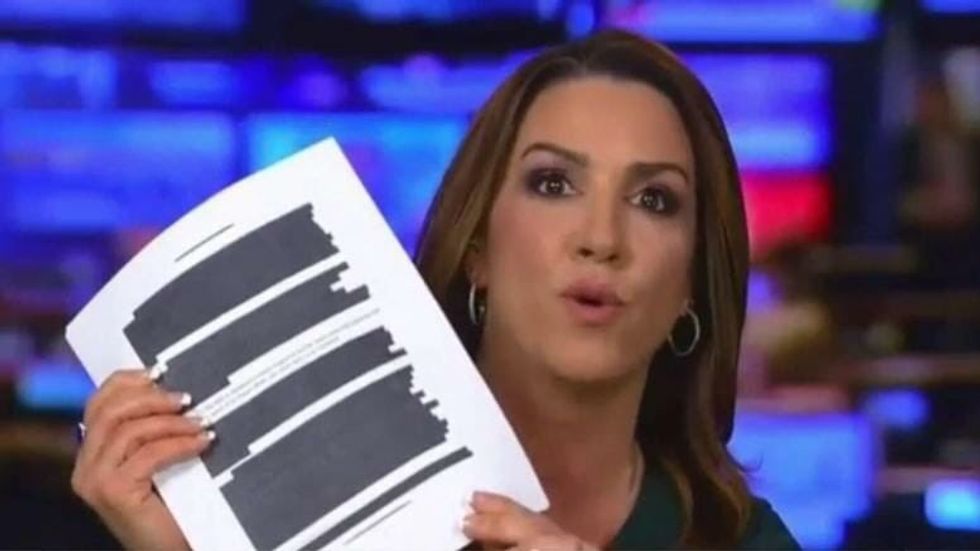 After a Fox News contributor widely considered to be the source of many Sean Hannity's "scoops" posted on her own blog a rant intended to defame the FBI and Justice Department, Twitter responded with fury at her fact-free ravings.

"BOMBSHELL: Secret TEXTS Show FBI, DOJ May Have RUSHED Anti-Trump FISA Warrant," the headline on Sara Cater's website read. Soon after, Hannity announced that Carter would be on his show to discuss her analysis of texts between FBI agent Peter Strzok and his then-girlfriend, DOJ lawyer Lisa Page.

In her post, Carter alleged that her analysis showed the bureau "may have improperly coordinated" with the DOJ when obtaining a warrant under the Foreign Intelligence Surveillance Act to spy on former Trump campaign aide Carter Page, who she characterized as a "volunteer."

Hours after she posted her "BOMBSHELL" report, Hannity republished it on his own website and announced she'd be joining him on air to discuss it.

Prior to Hannity's announcement, however, Twitter users began to rip apart Carter's claim.

"FISA warrants can only come from the FISA Court," he wrote, noting that there's "no scenario" in which the Eastern District of Virginia, which Carter noted had "previously issued subpeonas [sic] in the Special Counsel Robert Mueller investigation," would issue a warrant to surveil an American citizen.

I see this getting bounced around, but note that it gets key facts about the FISC dead wrong. For example, it cla… https://t.co/iTlsOQJKB8
— Gabriel Malor (@Gabriel Malor) 1522789937.0

Scoop: @DevinNunes tries to pull another fast one with more crap about text messages taken out of context and with… https://t.co/6RZ9ICY2Io
— Counterchekist (@Counterchekist) 1522795671.0