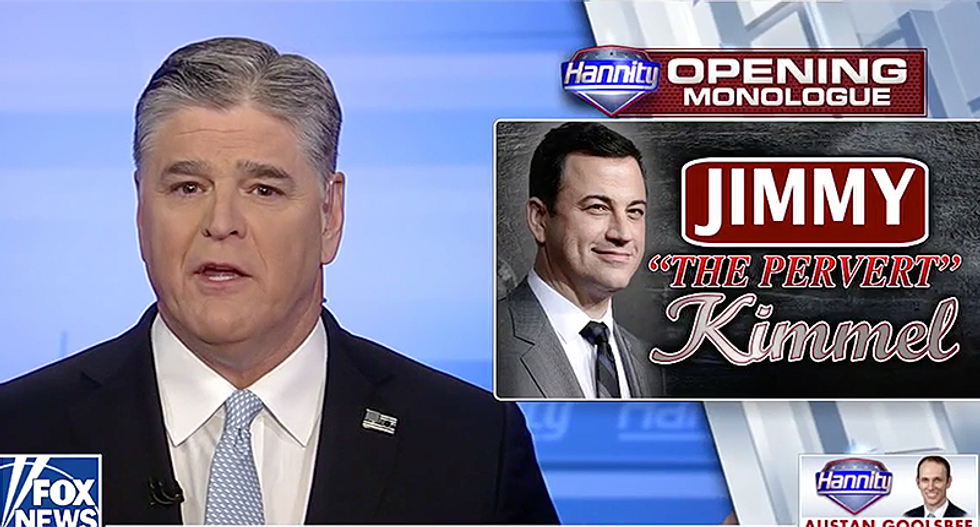 In a show that was dedicated to attacking "liberals" for looking down on family values, Hannity specifically cited "social justice warrior" Kimmel. Like many late-night hosts, Kimmel made a joke about the White House Easter Egg Roll and something hit a nerve with Hannity.

Playing the victim, Hannity accused Kimmel of coming after him -- though he noted the reason Kimmel is coming after Hannity is because Hannity attacked him.

"Poor little Jimmy can't stomach the fact that we dare call him out for smearing First Lady Melania Trump when he was mocking her accent as she was readings to little children," Hannity said. "All right, so tonight, right here on this show, we are laying down the gauntlet."

Hannity then proceeded to walk through years and years of jokes, skits and commentary to illustrate the allegedly evil nature of Kimmel. While many late-night comedians have mocked the president and the first lady, Hannity attack seems almost personal. He ranted for over 20 minutes about the comedian before bringing on Jundge Jeanie Pirro to rant along with him. It's unclear why.

“I’ll roll tape of Jimmy Kimmel every night for the rest of my career," Hannity promised.