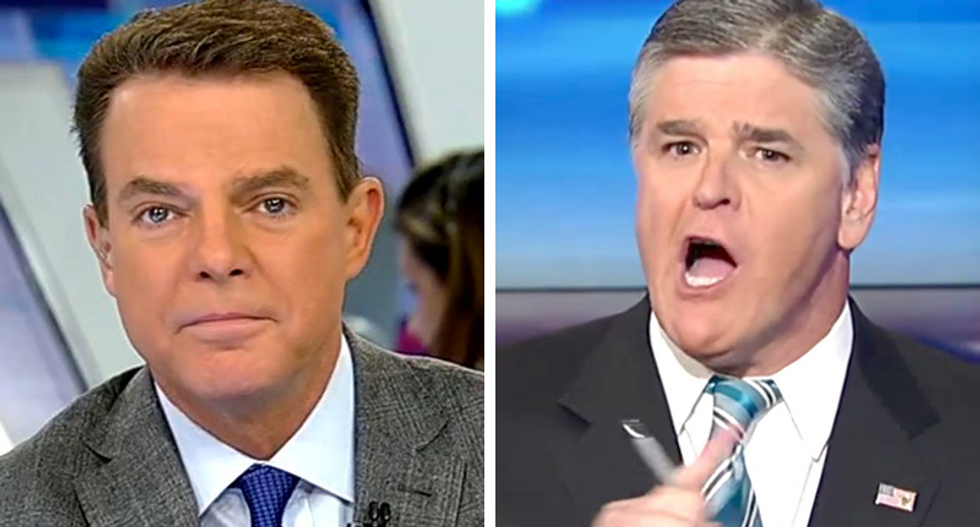 Vanity Fair reported on the anecdote Thursday in an article about internal strife at Fox News, which was exemplified by citing Smith's Time magazine interview earlier this year where he criticized opinion hosts at the network.

"Hannity was denouncing Shep and Trump was eating it up," someone familiar with the conversation told Vanity Fair. When reached for comment, the Fox News host said the anecdote was "a total lie."