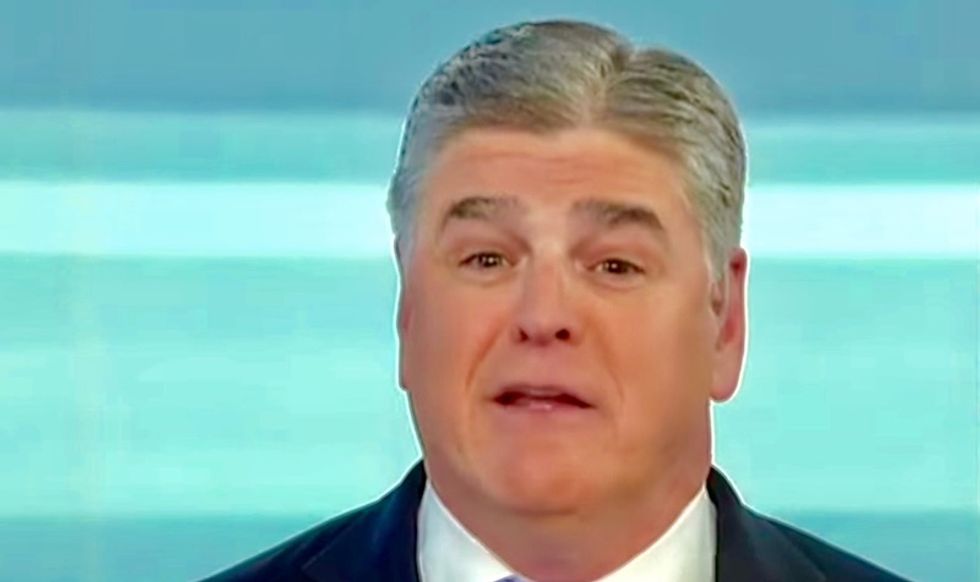 "Holy cannoli," CNN's Manu Raju tweeted with a link to the news.

"Why doesn’t @FoxNews have a conflict of interest policy requiring Hannity to disclose his personal interest in the Cohen search when commenting on it?" former White House Office of Government Ethics director Walter Schaub mused.

To all the Trump pundits trying to say that Sean Hannity might have a TOALLY innocent reason for hiring Cohen, such… https://t.co/ldEfFRZ7PN
— Amee Vanderpool (@Amee Vanderpool) 1523906542.0

"I'll get to an answer to this Michael Cohen development today,” Hannity teases his radio show, before launching in… https://t.co/Au5iwi2DIx
— Igor Bobic (@Igor Bobic) 1523906559.0

So Sean Hannity has been using his perch at Fox News to rail against the investigation into someone who he didn't d… https://t.co/qax78Dr1OO
— Chris Megerian (@Chris Megerian) 1523906382.0

Can anyone else hear @JimmyKimmel laughing in LA? I can hear him all the way from the east coast. Congrats, Sean Ha… https://t.co/XamrwHjvX8
— Scott Dworkin (@Scott Dworkin) 1523906335.0