House ranking member tells Pruitt to quit to his face: 'You are unfit to hold office… you really should resign' 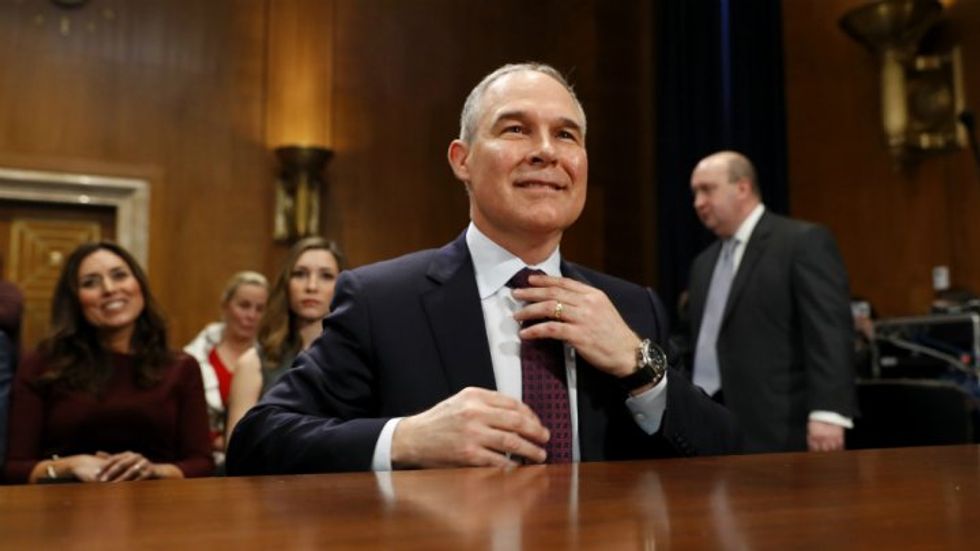 Rep. Frank Pallone (D-NJ), the ranking member of the House Energy and Commerce Committee, called on EPA Director Scott Pruitt to resign over a series of press reports which suggest he misused federal resources for personal benefit.

At a hearing before the Energy and Commerce Committee, Pallone ripped Pruitt in his opening remarks.

"What you have done is generate scandal after scandal," Pallone said. "When confronted about them, you have refused to take responsibility for your actions. Instead, you've blamed your staff, your security detail, your critics -- pretty much anyone but yourself. And you're accountable for all of your actions. The buck stops at your desk."

The New Jersey Democrat observed that Republican members of the committee had refused to require Pruitt be under oath for the hearing, but also he noted that lying to Congress is illegal regardless of whether or not a witness is sworn in.

"Five independent federal investigations are examining your conduct at our request," Pallone said. "And I'm confident that these investigations will affirm what I have come to believe is true, that you're unfit to hold public office and undeserving of the public trust."

"And I don't say those words because I particularly dislike you or hold you in ill-repute," he added. "I just think that every indication we have is you really should resign and you are undeserving of the public trust."