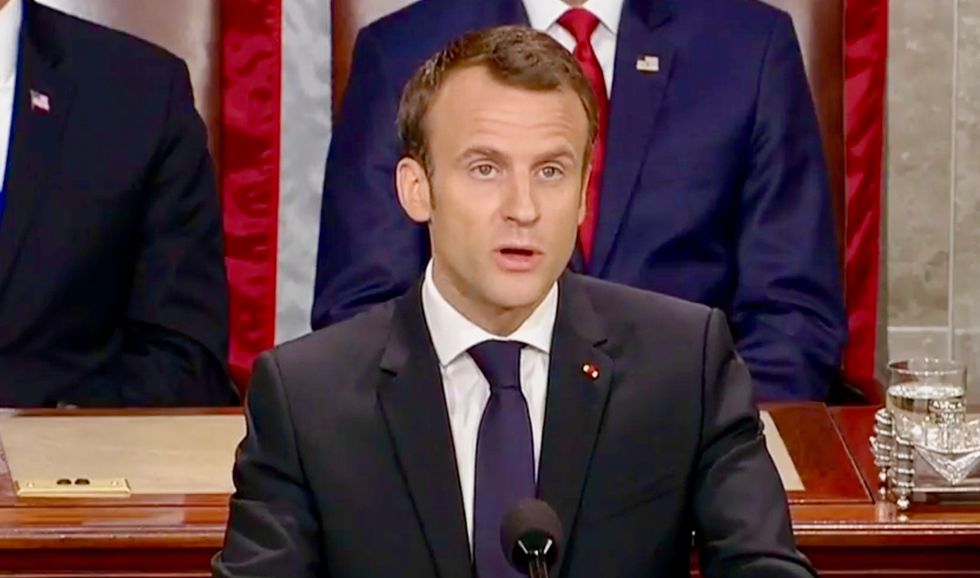 Is Emmanuel Macron the new leader of the free world?

Politico magazine declared him such in the days before his visit to the United States, and his grip on the title seems to have strengthened after a rousing speech to the United States Congress, in which American lawmakers gave him standing ovations as he denounced Trump's outlook and policies without being so rude as to name his host.

"Personally, if you ask me, I do not share the fascination for new, strong powers, the abandonment of freedom and the illusion of nationalism," Macron said, drawing loud cheers from the floor of Congress.

"Personally, if you ask me, I do not share the fascination for new, strong powers, the abandonment of freedom and the illusion of nationalism." pic.twitter.com/PLbFv0QHsB

The reaction was swift, with MSNBC's Stephanie Ruhle questioning how this changes America's standing in the world.

"Is Macron angling to be the world leader?" she asked. "President Trump has made it clear: America first, American alone."

Macron is doing IT. Gave a rebuke of dangerous isolationist and nationalist tendencies to a standing ovation of the… https://t.co/1zoGQ1jznV
— Andrew Mitchell (@Andrew Mitchell)1524671639.0

Even some Trump supporters agreed Macron's commanding performance put him in pole position—and chided Republicans for standing as macron took the baton from the U.S.