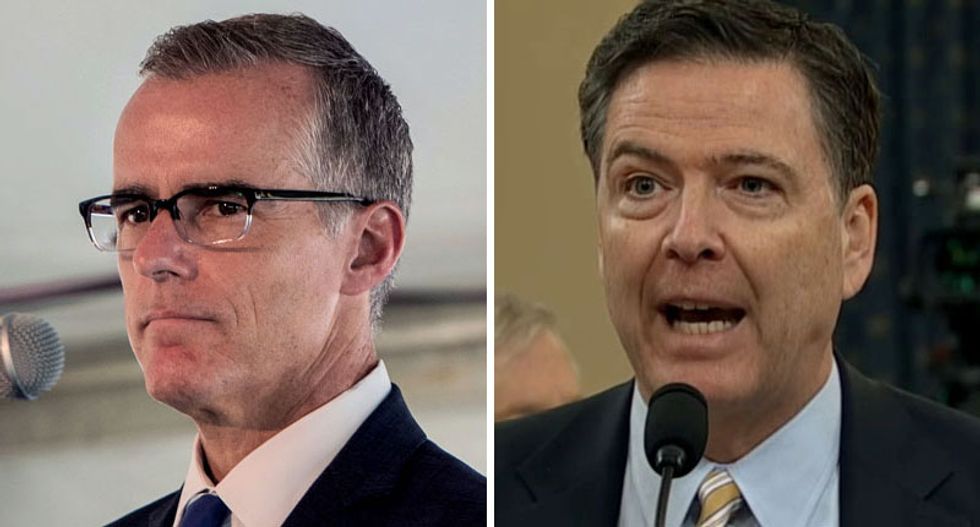 Actions taken by James Comey when he was serving as FBI director eventually led to the ouster of his former deputy, Andrew McCabe, The Daily Beast reported Tuesday.

A "source familiar with the investigation" said that then-FBI Director Comey instructed the Inspection Division to look into who leaked details that appeared in an October 30, 2016 Wall Street Journal article.

Upon realizing then-Deputy Director McCabe was the likely culprit, the investigation was taken over by the Justice Department's Inspector General.

This detail may complicate White House efforts to link McCabe and Comey.

However, one presidential tweet from March now appears to have accidentally been surprisingly prescient.

Trump celebrated the fact "McCabe was caught, called out and fired."

"Comey knew it all, and much more!" Trump concluded.

If it was, in fact, Comey's actions that launched the investigation into McCabe, then the president was correct.