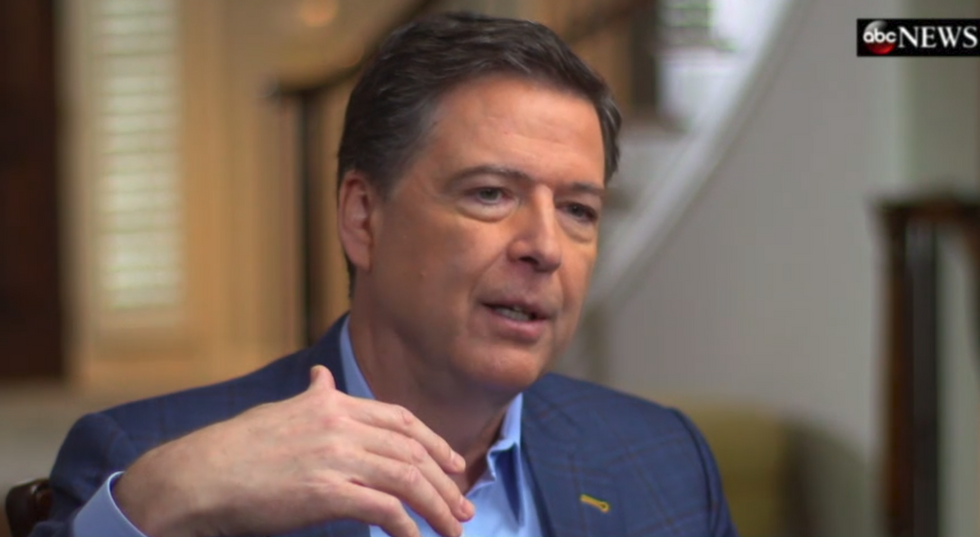 Former FBI Director James Comey tells ABC News' George Stephanopoulos that he has no idea whether the so-called "pee tape" is real -- but he can't definitively rule it out.

In a preview clip released by ABC, Comey tells Stephanopoulos that he can't verify the salacious rumor about President Donald Trump hiring prostitutes to perform a "golden shower" in a Moscow hotel room -- but he also says, given what he knows about Trump's character, he can't rule it out either.

"I honestly never thought these words would come out of my mouth, but I don't know whether the current president of the United States was with prostitutes peeing on each other in Moscow in 2013," Comey said. "It's possible, but I don't know."

What made Comey suspicious that the rumor could have some validity was that Trump asked him to investigate the source of the rumor, just so he could reassure wife Melania Trump that no such thing ever happened.

"I remember thinking, ‘How could your wife think there's a 1% chance you were with prostitutes peeing on each other in Moscow?" he said. "I'm a flawed human being, but there is literally zero chance that my wife would think that was true."

The full interview with Comey is scheduled to air at 10 p.m. ET on Sunday.