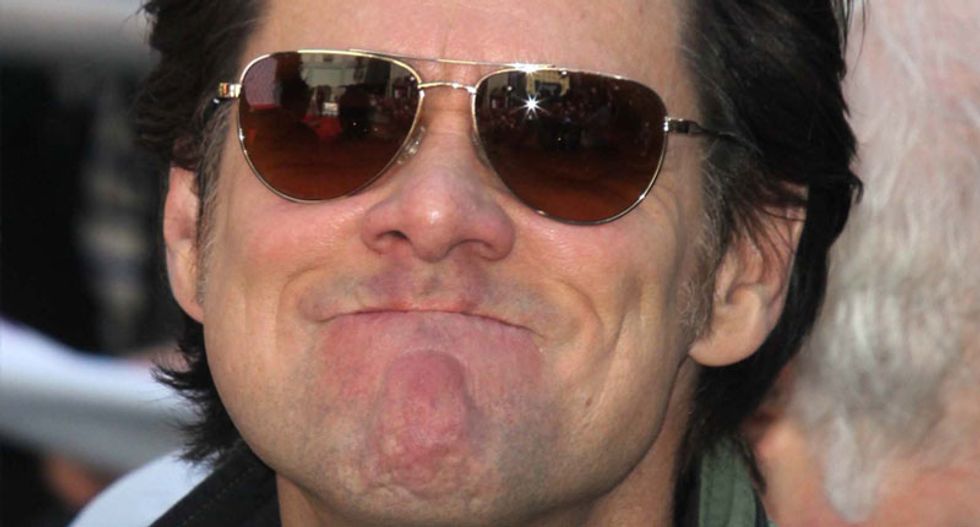 Comedian and actor Jim Carrey kept up his expert trolling of right-wing figures by posting a painting of Fox News host Sean Hannity and InfoWars  conspiracy nut Alex Jones as WWE wrestlers grappling with each other for the admiration of rabid fans.

According to Business Insider, Carrey posted the picture on Twitter Tuesday morning with the caption, "If u believe wrestling is real u may even believe Fox news, Info Wars and the robotic drones on Sinclair Broadcasting. But wrestling doesn’t harm viewers. Performers like Sean Hannity and Alex Jones should join the WWE where their hyperbole will do less damage to the culture."

Carrey has become a thorn in the side of prominent conservatives of late with his garish paintings of White House Press Secretary Sarah Huckabee Sanders, President Donald Trump and NRA head Wayne LaPierre.

You can see the latest in the Carrey oeuvre below:

If u believe wrestling is real u may even believe Fox news, Info Wars and the robotic drones on Sinclair Broadcasti… https://t.co/7zuImOfQm2
— Jim Carrey (@Jim Carrey) 1522767103.0