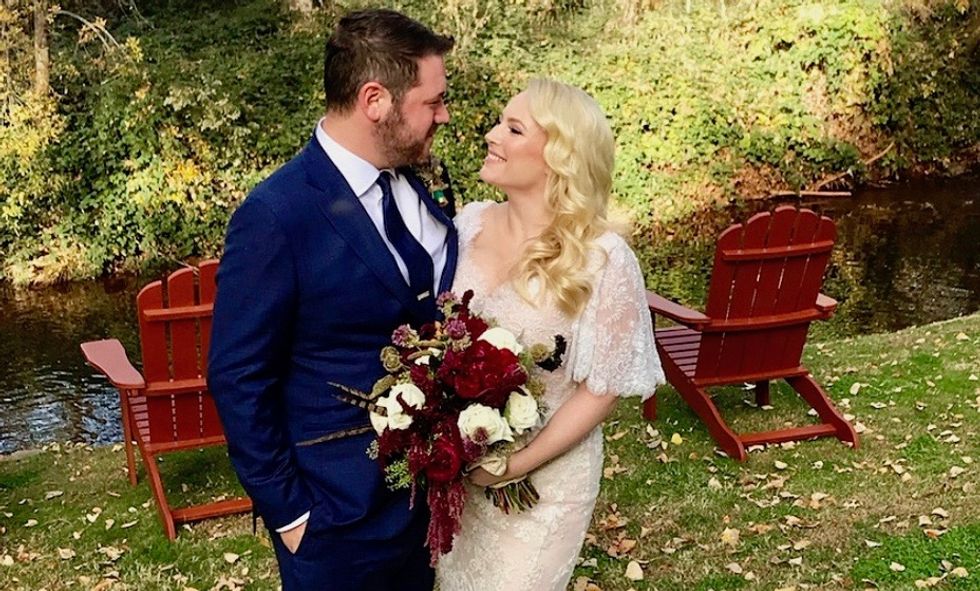 Meghan McCain and Ben Domenech at their wedding. (Screenshot)

Sen. John McCain (R-AZ) has reportedly asked his son-in-law to look after daughter.

"John hugged me tonight. He asked me to take care of Meghan. I said I would," Domenech tweeted. "F--k you soulless crazies. F--k you all the way to hell."

It was unclear who the "soulless crazies" were. The tweet has since been deleted.

Domenech and Meghan McCain were married in November 2017. At the time, they said that the nuptials were partly inspired by the Senator's failing health.

McCain was released from the hospital last week, following surgery for an intestinal infection.