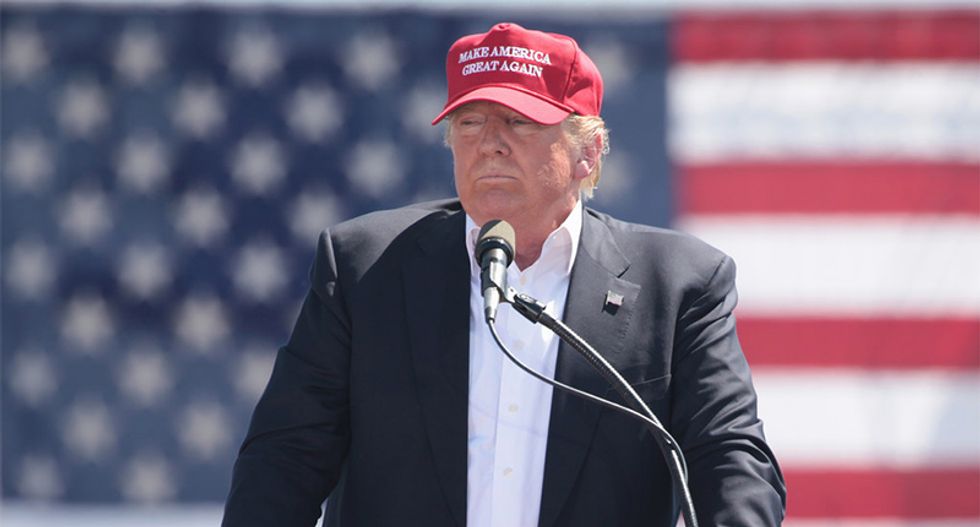 Arriving in Key West, Florida, last week to tour an anti-drug trafficking facility, President Donald Trump was greeted by loud protests attended by residents who made abundantly clear their disapproval of his visit and his policies.

As the president's motorcade drove through the island city, protesters first chanted the slogan "Love Trumps Hate" before a number of attendees began waving their middle fingers and shouting "Fuck you!" at the presidential vehicle.

On Twitter, the president posted his own video of his arrival in Key West, appearing unaware of the tenor of the gathering that had assembled to greet him. A Floridian quickly clarified that most of the people lining the city's main street were not there to express support.

Trump concluded his visit to the Joint Interagency Task Force South center by touting his planned border wall, saying, "We're committed to securing our borders to reduce crime, illegal drugs, human trafficking. Drugs are flowing into our country. We need border protection. We need the wall."

Many protesters directed their ire at Trump's anti-immigrant rhetoric and policies, holding signs that read, "We are a country of immigrants" and described the president as "racist."