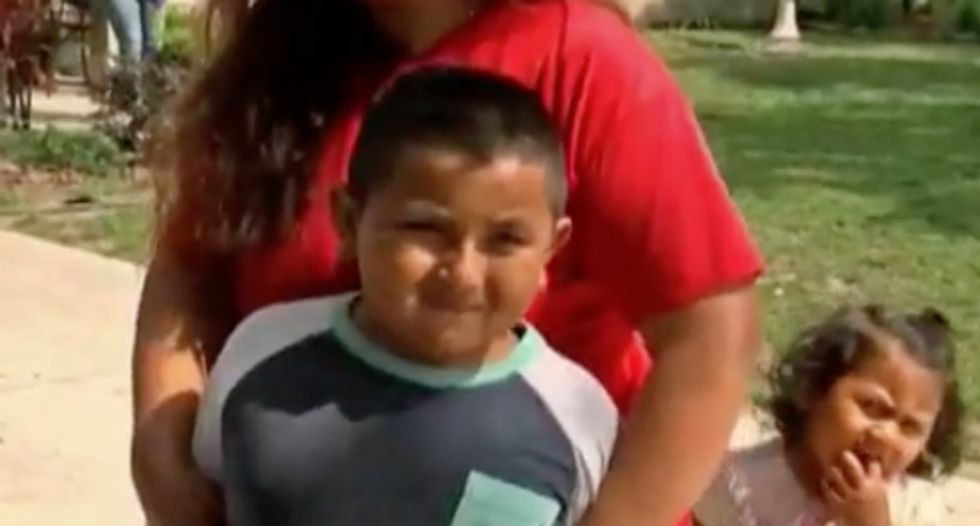 6-year-old Elias Villa stands with his mom while she's interviewed about him being handcuffed at school. Image via screengrab.

A 6-year-old Latino boy in Florida was handcuffed by a school resource officer for being "disruptive" in a computer lab — and his mother wants answers.

"Elias is very lovable," the child's mother, Marsiela Villa, told Tampa's NBC affiliate WFLA, "and he has his days where he doesn't want to listen."

After getting "out of control" in the computer lab at Zolfo Springs Elementary School in the southwestern part of the state, a teacher called Villa's father. When he arrived, the teacher left the room, leaving the school resource officer "alone in trying to control the child," WFLA reported.

Though the SRO said in her report that the "large" child tried to grab her gun which led her to restraining him with handcuffs, Villa's mother said the officer's actions deemed by a Hardee County Sherriff's captain called "necessary" were anything but.

She told the news station that the school has not yet reached out to her, and that she is looking for a new school for her son.

"I would like to see teachers and parents….trained to know how to deal with a child with autism,” she said. “There [are] options. You don’t handcuff a 6-year-old child."